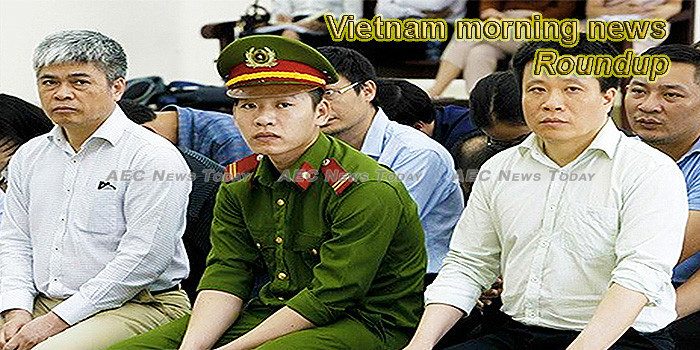 Hanoi continues to be most attractive FDI destination
Hanoi continues to lead the country in drawing foreign direct investment (FDI) with more than US$7.5 billion poured into the capital since the beginning of 2018, a 2.18-fold increase against the previous year.
— Nhan Dan online

Labour exports reach record of over 140,000 in 2018
The number of Vietnamese workers abroad reached over 140,000 in 2018, up 7% over the previous year, according to the Department of Overseas Labour Management under the Ministry of Labour, Invalids and Social Affairs.
— Nhan Dan online

Will electric vehicles replace motorbikes in Vietnam?
Scientists have rung the alarm bell over the increase in the concentration of benzene, nitrous oxide and other toxic substances in the air in Vietnam.
— Viet Nam Net

ASEAN Chair 2020: Responsibility and opportunity for Vietnam
The recent establishment of the National ASEAN 2020 Committee is one of the initial steps that Vietnam has taken during the months of preparation for the task of the ASEAN Chair in 2020, said Deputy Foreign Minister Nguyen Quoc Dung.
— Nhan Dan online

VN corporate bond market expected to develop
Vietnamese companies are depending too much on bank loans, and when the number of companies increases, it will reduce their chance of receiving financing from financial institutions.
— Viet Nam News

Forestry, seafood export reaches record high
The Ministry of Agriculture and Rural Development released yesterday a record high at about US$18 billion in total export value of forestry and seafood products this year.
— Viet Nam News

Mangrove forests used to breed aquatic species
Farmers in Tra Vinh province’s coastal areas expanded the breeding of shrimp and other aquatic species to an additional 1,700ha of mangrove forests this year, according to the provincial Department of Agriculture and Rural Development.
— Vietnam+

5 best places to celebrate Christmas in Hanoi
From the beginning of December, Hanoi’s streets are all decorated with Noel’s patterns that create a festive environment helping any expats off being homesick in the night of Christmas. Hanoi’s weather also supports the day which is often cold and dry; the only missing factor for a perfect Noel is snow.
— Vietnam Insider

Major cities bask in Christmas joy
The Christmas season has begun. The festive atmosphere has spread everywhere, with all areas echoing with the melodies of festive anthems.
— Viet Nam Net

Vietnam tested by multinationals seeking trade war detour to avoid US tariffs on China
It looked like a one-off case in late 2016 when The European Anti-Fraud Office determined that certain organic coated steel products that originated in China had been shipped through Vietnam to avoid anti-dumping duties.
— South China Morning Post