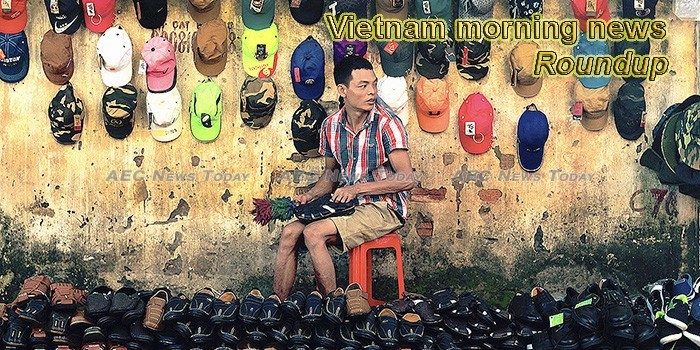 Vietnam a top spot for foreign garment-textile firms
Free trade agreements (FTAs) are the driving force to help Vietnam emerge as one of the top spots in the world for investors in the garment and textile industry.
— The Hanoi Times

Vietnam’s banking sector goes digital
Digital banking will be the future of the Vietnamese banking system, especially amid the development of the fourth industrial revolution, according to experts.
— VietnamNet Bridge

Vietnam court jails 46 bankers, execs for loan scheme
A court in Vietnam convicted 46 former bankers and businessmen of corruption on Monday over a multi-million-dollar lending scam spearheaded by the once-powerful chairman of Vietnam’s Construction Bank.
— The Star Online

List of websites violating e-commerce rules to be published
The Ministry of Industry and Trade (MoIT) plans to publish a list of e-commerce websites and mobile applications that violate laws and regulations on online trading.
— VietnamPlus

Rubber farmers’ challenges as prices bounce
The southeastern region of Viet Nam offers favourable conditions for the cultivation of major industrial crops such as rubber, coconut trees and pepper vines, all of which earn high profits, but challenges remain as yields have decreased for various reasons, including oversupply and unplanned expansion.
— Bizhub

Vietnam seafood trade continue to rise in 2018
Vietnam’s seafood exports in the first seven months of 2018 rose 6.3% year-on-year in value to $4.63 billion, according to the country’s ministry of agriculture and rural development (MARD), Vietnam Plus reported.
— Undercurrent News

Vietnam’s wood, woodwork export up 13.4 pct in January-July
Vietnam gained over 4.8 billion U.S. dollars from exporting wood and wood-based products in the first seven months of this year, up 13.4 percent year-on-year, the Wood & Forest Products Association of Vietnam said on Monday.
— Xinhua

HCM City port overloaded, authorities seek to popularise others
The Ministry of Transport has announced plans to limit the cargo handled at HCM City’s Cat Lai Port since volumes are exceeding its handling capacity, exerting pressure on the city’s transport infrastructure.
— Bizhub

MALAYSIA AND VIETNAM FOLLOW CHINA’S LEAD WITH WASTE IMPORT RESTRICTIONS
Both Vietnam and Malaysia have introduced import restrictions in response to the increased volumes of waste entering the countries in the months since China’s ban on 24 grades of solid waste – casting further doubt on the ability of other South-East Asian economies to absorb China’s lost capacity.
— Resource

Vinalines changes IPO plan after failing to find strategic investors
The initial public offering (IPO) is expected to take place at the Hanoi Stock Exchange on September 5, a representative informed.
— The Hanoi Times

Why Navy SEALs wore blue jeans in Vietnam
Nothing screams Americana more than rock and roll, blue jeans, and the toughness of our fighting men and women. If you mix them all together, you get the Navy SEALs who fought in the jungles of Vietnam. They were unquestionably rugged, they were probably rocking out to some CCR, and they wore blue jeans throughout.
— We Are The Mighty

VR launches recall campaign for Mercedes GLC
More than 760 luxury Mercedes GLC vehicles are being recalled in Việt Nam over faulty airbags after reports that they may be prematurely deploying in several certain conditions.
— Viet Nam News