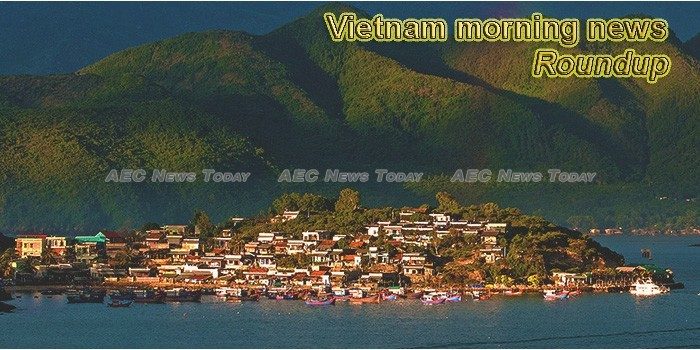 Vietnam sees sharp decline in petroleum imports in July
In the first seven months of 2018, a total of 7.8 million tons of petroleum products worth US$5.2 billion were imported, up 3.9% in volume and 31.6% in value year-on-year.
— The Hanoi Times

Vietnam spends US$592 million on car import in 8 months
Of the total number, cars with less than nine seats make up the largest proportion with 15,348 units worth US$324 million.
— The Hanoi Times

SoftBank Ventures Korea and others invest $51 million in Vietnam E-commerce site Sendo
Sen Do Technology JSC (Sendo), the #1 Vietnamese C2C marketplace, today announced that it has secured an investment of USD 51 million led by the SBI Group from Japan for Series B round, having SoftBank Ventures Korea, Daiwa PI Partners, and SKS Ventures as new investors.
— AEC News Today/ PR Newswire (media release)

Reasons why Vietnam is a frontier market crown jewel
Vietnam is the most exciting frontier market in Southeast Asia, a nation of 93 million people whose lives are being transformed by its economic doi moi programme.
— Khalee Times

Businesses, banks responsible for credit crunch: VCCI
Both businesses and banks are to blame for the credit crunch facing the former, the VCCI says.
— VnExpress

Vietnamese startups struggle to seek capital
Consultants say that even startups with high capability and good business ideas are finding it difficult to call for investment.
— VietNamNet Bridge

Public debts rise, Ministry warns of ODA trap
The interest rates offered by China are twice as much as other lenders, while the lending conditions are less preferential.
— VietNamNet Bridge

City condo market begins to recover
Condominiums remain the best bet for people living in big cities thanks to their affordable prices, and not surprisingly the HCM City apartment market is showing signs of recovering after the slowdown caused by the Carina Plaza fire at the beginning of this year, insiders said.
— Bizhub

US criticizes Vietnam for jailing peaceful activists
The United States said it was deeply concerned over Vietnam’s conviction and sentencing of an activist this week, calling the trend of increased arrests and harsh sentences of government critics “troubling.”
— ABC News

Taxation procedures prove the least pricey for businesses
Minister of Government Office Mai Tien Dung pointed out that a common point among the top three procedure groups of taxation, starting businesses and customs is the better application of online public services.
— The Hanoi Times

Vietnam beats Japan, tops group in Asiad 2018
An early goal sent Vietnam to the top of Group D in an Asian Games match on Sunday.
— VnExpress

Fine-tuning bottlenecks to lure more M&A in Vietnam’s real estate
Vietnam’s merger and acquisition (M&A) has been attractive to foreign investors in recent years, but there remain obstacles hindering the M&A market to further grow, experts said.
— The Hanoi Times

Logistics a key component of e-commerce in VN: study
Logistics has to play a crucial role in the success of the Vietnamese e-commerce market, property consultant Jones Lang LaSalle (JLL) has said in a report.
— Bizhub

Uber withdraws lawsuit against HCMC tax man
Ride-hailing firm Uber has withdrawn its lawsuit over HCMC’s demand for $2.3 million in back taxes and fines.
— VnExpress

Long An reduces number of smuggling, trade fraud cases
The Mekong Delta province of Long An has made significant achievements in the fight against smuggling and trade fraud at border areas.
— VietnamPlus

Vietnam, China link up to boost border trade in farm produce
A conference on promoting the trade of agricultural products between border provinces between Vietnam and China was jointly held by the Ministry of Agriculture and Rural Development and Lang Son province on August 18.
— Nhan Dan Online

Honey to become the bee’s knees
Viet Nam expects to have sustainable development of the domestic honey and bee industry to improve output and quality of honey over the next two years.
— Bizhub