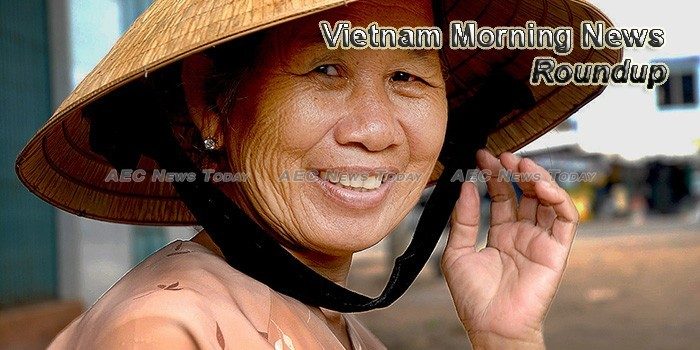 3 Vietnamese cities to be in Asean smart cities network
Hanoi, Ho Chi Minh City and Da Nang in Vietnam will be part of the Asean network of smart cities being proposed by Singapore, said Prime Minister Lee Hsien Loong yesterday.
— The Straits Times

Finance ministry to dismantle hundreds of tax departments
The Ministry of Finance (MOF) plans to reduce the number of its nationwide tax offices from 548 to 257, under its new scheme to streamline the taxation, customs, and state treasury units.
— Nhan Dan Online

Foreign players heat up mobile payment market
The mobile payment market in Vietnam has heated up and attracted many local consumers in the first months of the year thanks to the participation of China’s two largest e-wallets of Alipay and WeChat Pay as well as Samsung in the service.
— The Hanoi Times

Vietnam promotes seafood exports to Europe
Vietnamese aquatic products are being introduced at the Seafood Expo Global, the biggest event of its kind in the world, which takes place in Brussels, Belgium, from April 24-26.
— Nhan Dan Online

Chinese businesses sign strategic watermelon contract with Vietnam
The Vietnamese Ministry of Industry and Commerce and Quang Ngai Province, jointly organized the “Quang Ngai conference for the retail and marketing of watermelons and other high-quality agricultural products”.
— Fresh Plaza

Digital storm sweeping through banking industry
EY’s Global Banking Outlook 2018 shows that 85 per cent of banks name the implementation of a digital transformation programme as a business priority for 2018.
— VietnamNet Bridge

Is it easy to make money from Vietnam’s coffee market?
Both Vietnamese and foreign investors are rushing to pour money into coffee farms and coffee house chains as the market is very promising. But not all of them will succeed.
— VietnamNet Bridge

Vietnam leads Southeast Asia in IPO market
Vietnam has been Southeast Asia`s biggest IPO market over the past year and the market seems to be revving up.
— The Hanoi Times

Convenience stores: more are being opened, but many are closing
While many retailers have expanded their convenience store chains, others have had to scale down their networks because of ineffective operations.
— VietnamNet Bridge

Key stocks rebound, fueling VN-Index’s recovery
The stock market regained calm on April 24 after a nosedive on the previous day to end at 1,080 points thanks to the recovery of key stocks.
— VietnamPlus

Singapore, Vietnam sign six agreements to boost cooperation
Singapore and Vietnam have signed a suite of agreements that will see both countries working together in areas such as financial innovation and Liquefied Natural Gas (LNG) development.
— Channel NewsAsia

More South Koreans Are Learning Vietnamese. Why?
In a county where learning English and getting a good test score on it is essential for basically everything from seeking a job to getting promoted, an increasing number of people are flocking to learning a less familiar language: Vietnamese.
— The Diplomat