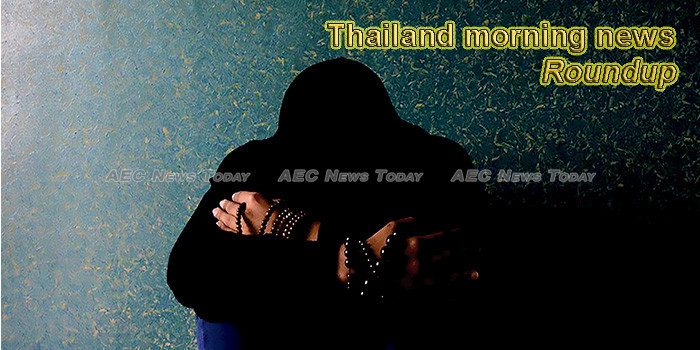 Airport officers transferred over bribes
A police superintendent and three deputy chief inspectors at Don Mueang airport have been transferred as they face a probe in connection with a bribery allegation made against them, said Immigration Bureau (BI) acting commisioner Surachate Hakparn.
— Bangkok Post

No visa, lapsed visa means deportation within a month
Deputy Prime Minister and Defence Minister General Prawit Wongsuwan has told the Immigration Bureau to intensify its crackdown on foreigners without visas or overstaying visas and deport those arrested within one month.
— The Nation (annoying popups)

Somkid rips Thai-Sino rail holdup
Deputy Prime Minister Somkid Jatusripitak complained Monday that the development of the high-speed Thai-Chinese railway from Bangkok to Nong Khai is lagging behind schedule, and ordered the agency responsible to speed up the project.
— Bangkok Post

Bank of Thailand’s new rules to tighten mortgage lending are credit positive
Under the new rules, the maximum loan-to-value (LTV) ratio will be restricted at 80% on new mortgages for homes worth more than 10 million baht.
— Thailand Business News

Poaching suspects may get off scot-free
Poaching suspects arrested and charged with illegal poaching in Sai Yok National Park on Sunday might be able to escape successful prosecution due to insufficient evidence, a source at the Department of National Parks, Wildlife and Plant Conservation said.
— Bangkok Post

Monitoring of dams to continue as heavy rains cause overflows
Warnings of heavy rain and runoff are being maintained in many areas, including those downstream from Kaeng Krachan Dam.
— NNT

Thai elephant tourism hides abuse
The firms, which include Virgin Holidays and Premier Holidays, offer trips to Thailand with lengthy visits to elephant “sanctuaries”.
— The Times

U.S.-Backed Thai Junta Will Dominate After Election
If Thailand’s U.S.-backed military government allows an election next year, the junta leader and his supporters are expected to dominate thanks to heavy censorship, an appointed Senate, and restricted or self-exiled opposition politicians.
— Scoop World

Conflicts of interest are eroding trust
PM Gen Prayut has not formally thrown his name into the hat yet, but it is almost a foregone conclusion that he will run as an outsider candidate for the premiership in the next election.
— Bangkok Post

Fruit juice producers to protest sugar tax
Doi Kham Food Products Co, the maker and distributor of Doi Kham fruit juice, will team with the Thai Beverage Industry Association to meet the Excise Department later this month as it aims to revise the sugar consumption tax, which it has hurt the fruit juice industry.
— Bangkok Post

Bangkok condo prices up 11%
Condominium prices in Bangkok, Nonthaburi and Samut Prakan provinces rose 11% year-on-year in the third quarter and 2.8% from the previous quarter on progress in the expansion of electric railway lines.
— Bangkok Post

Rossi: Yamaha can’t delude itself over Thailand result
Yamaha must not think it has solved its MotoGP problems after its most competitive showing for many races in Thailand, warns Valentino Rossi.
— Motorsport.com

Cyber army holds promise
The new military lineup that moved into formation on Oct 1 has quickly unveiled plans to reinforce Thailand’s “cyber army”. Such mentions of this opaque force in the past have usually been a warning of another tightening of Big Brother-like survelliance, accompanied by arrests.
— Bangkok Post

Commerce studies blockchain benefits
The Commerce Ministry has launched a feasibility study to apply public blockchain solutions to copyright management, with plans to expand to agriculture and trade finance to boost the country’s competitiveness and credibility, particularly for small business.
— Bangkok Post

Yaowarat shoppers report same prices, smaller portions during vegan festival
Vegan shoppers at Bangkok’s Yaowarat Road, are reporting that the prices of ready-made meals remain as before, but portions are smaller.
— NNT

Police follow up on shooting in Bangkok’s Pratunam
Police are investigating a recent gunfight in Bangkok that led to the death of an Indian tourist. Several bystanders were also wounded when caught in the crossfire.
— NNT