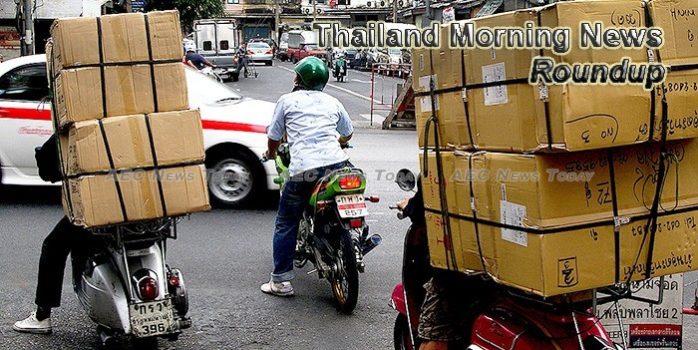 Thailand Economic Outlook
Economic growth should remain robust this year on the back of a pickup in government consumption and fixed investment, while private consumption growth is expected to remain solid and export growth will likely moderate due to a large base effect.
— Focus Economics

US scandal shows big data manipulation likely in next Thai election: analysts
IT IS highly likely that Thailand will see the use of voter profiling through social media in the next general election, experts have predicted.
— The Nation (annoying popups)

Thailand’s rude awakening into a broken digital advertising industry
Brands in Thailand are increasingly asking for more transparency from their agencies and partners. But as maturity reaches a tipping point, some serious problems with mark-ups, misplacements and an all-out mess of an ecosystem need to be addressed, writes Dominic Powers.
— Mumbrella Asia

Tourist cap set to hit marine parks
The number of foreign visitors to the country’s national marine parks will be limited to 6 million a year under a plan to protect marine resources from swift deterioration brought on by heavy tourism, according to a national strategy drafting committee handling environmental issues.
— Bangkok Post

RID confirms adequate water reserves for dry season
The Royal Irrigation Department (RID) has asserted that there are still enough water supplies for public demand in the Chao Phraya River Basin while asking residents to be economical with their water use.
— News Today (video)

Ministry probes claim of conflict of interest in rabies vaccines
THE AGRICULTURE and Cooperatives Ministry will set up a committee to investigate reports that conflicts of interest have plagued its procurement of anti-rabies vaccines.
— The Nation (annoying pop up video ads)

Thailand’s PTTEP seeks to boost reserves, output in SE Asia
Thailand’s PTT Exploration and Production (PTTEP) is looking closer to home for upstream oil and gas assets in a drive to boost its reserves and production as oil prices have recovered, a senior company executive said on Wednesday.
— Reuters

Rabies situation improving across the nation
The number of provinces facing rabies outbreaks has been reduced from 38 to 24 with the Livestock Development Department to continue to keep a close eye on the situation until it is completely resolved.
— News Today (video)

‘Authorities have misled people’ about health peril of air pollution
A MEDICAL specialist has brought home the human cost of the air-pollution problem plaguing Thailand, stating yesterday that the mortality rate increased by 0.3 per cent for every 10 micrograms of small dust particles measuring 10 microns (PM10) in the air.
— The Nation (annoying popups)

Academics call for ban on use of paraquat herbicide
ACADEMICS yesterday urged the government to ban the chemical paraquat in Thailand as it has been scientifically linked to sickness, food contamination and problems with child development.
— The Nation (annoying popups)

Public prosecutor wants more evidence from police to prosecute Premchai
The director-general of the Public Prosecution Region 7 has asked the police to come up with more information after going through the 857-page case file of Thung Yai Naresuan wildlife hunting.
— Thai PBS

Vaping could get you ten years in a Thai prison
Vaping, the popular alternative to smoking cigarettes, might be OK where you come from, but in Thailand sucking on your favourite ‘vape’, or even bringing them into the country, could put put you in a Thai prison for ten years.
— Phuket Gazette

Voice TV to challenge NBTC ban on talk show
Voice TV is preparing to file a complaint with the Administrative Court to challenge a 15-day suspension order on one of its news talk shows after it was accused of inciting divisions by the telecommunications regulator.
— Bangkok Post