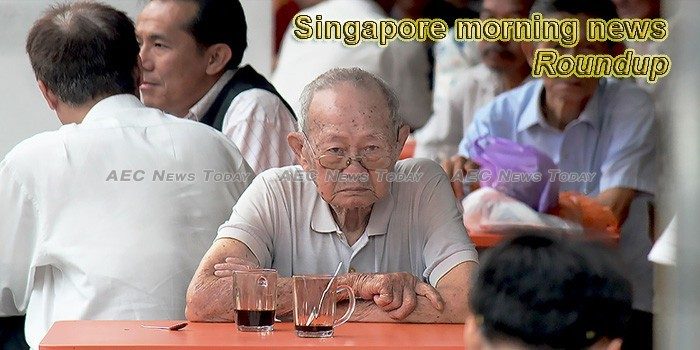 Full opening of electricity market in Singapore to fire up competition: What will retailers do?
Electricity retailers will likely try to outdo each other based on price and other promotions but in the long run, differentiation by service and innovation will be key, experts say.
– Channel NewsAsia

Singapore’s IIX leads $1.66m Series A in Bangladesh solar energy firm SOLShare
Singapore-based IIX Growth Fund has anchored a $1.66-million Series A round in SOLshare, a Bangladeshi off-grid solar energy firm that seeks to increase clean energy for over 19,000 households in the country.
– Dealstreet Asia

Not if but when 377A will be repealed, says Singapore movement against anti-gay law
Leaders of the “Ready4Repeal” petition are urging gay and straight people alike to speak up and encourage MPs to support their cause.
– Channel NewsAsia

Singapore’s cosmetics player Luxasia picks majority in Pacific SMM
Singapore-based fragrance and cosmetics distributor Luxasia has taken a majority stake in Pacific SMM to expand its reach in the Australia and New Zealand, according to an announcement.
– DealStreet Asia

Narrow escape: The Singaporean man who survived the Indonesia quake-tsunami
A Singaporean on a paragliding trip to Indonesia found himself caught in the middle of the devastating quake-tsunami that hit the island of Sulawesi on Friday (Sep 28).
– Channel NewsAsia

Clear for take off: SIA gears up for Singapore to Newark non-stop
We talk about dog years. But what a difference five years makes in aviation terms.
– Australian Financial Review

SCDF paramedics emerge champions in international emergency response competition
They had practised at least 60 different accident scenarios, but nothing could have prepared the team for what greeted them when the curtains were drawn back.
– Straits Times

Creative Capital: The Singapore artist who paints on Hermes Birkin bags
With a one year waiting list, Cherin Sim has taken artwork into a new form and function through the customisation of leather goods.
– Channel NewsAsia

Capitalism, politics and despair: Banyan Tree’s Ho Kwon Ping goes On the Record
Ho Kwon Ping has an almost sage-like quality about him and while his pronouncements on businesspeople’s role in solving problems such as income inequality often make the headlines and seem to resonate with the public, I wonder how far he actually walks the talk.
– Channel NewsAsia

From the occult to a derelict pool: 12 things about Golden Mile Complex you didn’t know
There’s more to this CBD landmark than its seedy reputation, gaudy discos and Thai restaurants – where a community of Singaporeans and Thai nationals thrive, and Instagrammers trespass to capture that perfect selfie.
– Channel NewsAsia

Four honoured for selfless acts
They come from different backgrounds and generations – the youngest is 26 years old and the oldest, 93. But they all share the same generous nature when it comes to lending a helping hand to the people around them.
– Straits Times

CBD Grade A office rents up 2.3% in Q3
Co-working operators remain as the most active space seekers in the area. The office leasing market sustained its growth for the sixth consecutive quarter in Q3 2018, a study by JLL revealed. Specifically, average rates of Grade A office rents in the Central Business District (CBD) rose 2.3% QoQ to $9.93 psf pm.
– Singapore Business Review

He starts pest-control business despite fear of cockroaches
He is petrified of cockroaches, but Marcus Ong, 27, managed to keep his fear in check and started a pest control firm, PestGoCleaning, last year.
– The New Paper

Wallem Celebrates 60 Years of Business in Singapore
On September 19, Wallem’s Chairman, Board of Directors and Senior Management team were joined by clients, partners, colleagues and friends to mark Wallem Singapore’s 60th anniversary.
– The Maritime Executive