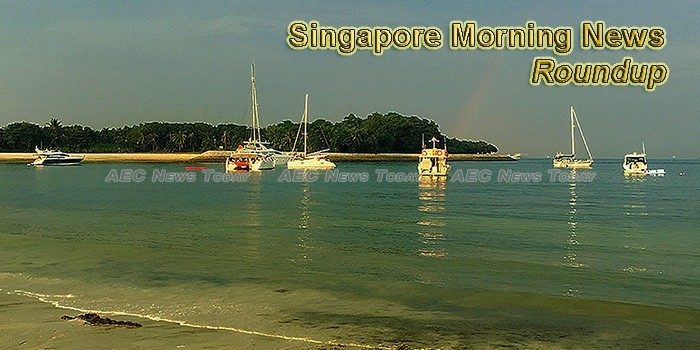 Singapore IPO proceeds plummeted 20% to US$408m
The number of Singapore initial public offerings (IPO) YTD plunged by 30% to seven, bringing their proceeds down as well by 20% to US$408m, EY revealed.
— Singapore Business Review

Early balloting for P1 places likely at CHIJ St Nicholas Girls’, Catholic High School and Henry Park Primary
Parents hoping to get their children into three of the most popular primary schools might have to face balloting at what is considered to be an early point in the annual registration exercise.
— The Straits Times (annoying popups)

Singapore looks forward to sustained cooperation and engagement with India
Singapore looks forward to a period of sustained cooperation and engagement with India as there are tremendous opportunities for growth and development for both countries, the city state’s Senior Minister of State Dr Janil Puthucheary said.
— Money Control

New formats, ticket revamp for Singapore Sweep lottery
From today, the lottery tickets will no longer be pre-printed with thematic designs, and punters will have the opportunity to buy tickets with some numbers of their choice.
— The StraitsTimes

Singtel hit by islandwide broadband outage on Wednesday morning
Singtel users experienced disruption in their internet access across Singapore around 9AM on Wednesday.
— Singapore Business Review

Co-working spaces to grow 42% to 1.4 million sqft in 2018
To increase their competitive edge, some co-working operators have incorporated unique themes and services, like The Great Room’s lavish interiors and custom-made furnishings.
— Singapore Business Review

Six charged in alleged MLM scheme on forex
The director of a company on the Monetary Authority of Singapore’s (MAS) investor alert list, together with five of his associates were hauled to court on Wednesday (July 4) for suspected involvement in a multi-level marketing (MLM) scheme.
— TodayOnline

Singapore shines in Smart Travel poll
Singapore, its national airline and airport outshined neighbours in the 14th edition of the 2018 Best in Travel Poll by Smart Travel Asia, an online magazine.
— TTR Weekly

Couple awarded by SCDF for saving man who collapsed
Just as the couple were about to get into a Grab car, they saw a man collapse on the road near a Jalan Besar coffee shop last Wednesday.
— The New Paper

Is the worst over for ComfortDelGro?
ComfortDelGro’s taxi fleet in April stood at 12,627, indicating a somewhat flat decline from March (12,687). Even if it still down from 15,800 in April 2017, this could show that the worst is already over for the taxi firm, DBS Equity Research said.
— Singapore Business Review

Ongoing transformation of industries and work: Why it matters
Singapore can take advantage of the transformational effects of new technologies on supply chains and business models
— The New Paper