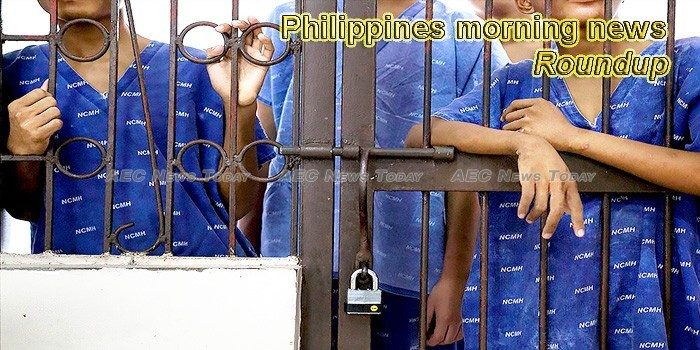 Philippines’ Jan-July FDI rises 52.1pc y/y to $6.7bn
Net foreign direct investments in the Philippines jumped 52.1 percent in the first seven months of this year from a year earlier to $6.7 billion, the central bank said on Wednesday.
— Business Recorder

PHL gets $7.54-billion loan for infra buildup from ADB
The Asian Development Bank is extending $7.54 billion worth of loans to the Philippines starting next year until 2021, according to the ADB’s updated Country Operations Business Plan (COBP).
— Business Mirror

Philippines sees decade of 7 percent growth from infrastructure drive
The Philippines expects economic growth to recover to 7-8 percent target next year despite global uncertainties, as it pushes ahead with massive infrastructure spending plans, the country’s budget secretary said on Wednesday.
— Today Online

Duterte’s Luster Dulls as Rice Prices Soar in Philippines
Through controversy after controversy, President Rodrigo Duterte of the Philippines has always been able to count on his appeal among the nation’s poor. But soaring prices for staples like rice are starting to alienate that vital base of support.
— The New York Times

PHL rice inventory at lowest level in 11 yrs
THE country’s rice stockpile in September plunged to its lowest level in nearly 11 years as the inventory of commercial warehouses dropped by more than a third, according to the latest report of the Philippine Statistics Authority (PSA).
— Business Mirror

Far from powerful: PH passport places 75th in power index
The Philippines ranked 75th in the world’s most powerful passport list, allowing visa free travel to only 66 destinations, according to the 2018 Henley Passport Index.
— ABS-CBN News

DOF: Chinese loans not tied to joint oil exploration in disputed waters
Big-ticket infrastructure and development projects will be rolled out by the Philippines in cooperation with China—with three loan accords due for signing before year-end—despite a territorial dispute between the two over sections of the West Philippine Sea.
— Philippine Daily Inquirer

PH extends US$300K aid to Indonesia
The Philippines has donated US$300,000 worth humanitarian assistance to Palu, Indonesia after it was hit by a deadly earthquake and tsunami two weeks ago.
— Manila Bulletin

China leaves Duterte’s dream train at the station
Soon after winning the presidency in mid-2016, Philippine leader Rodrigo Duterte vowed to build a modern railway across the underdeveloped southern island of Mindanao, a promise that drew loud applause from the well-dressed audience invited to his first State of the Nation Address.
— Asia Times

How China’s online gambling addiction is reshaping Manila
A Filipina-looking dealer looks intently at the webcam, enticing bettors to place their bets. She does not speak, but smiles with her eyes as another voice in Mandarin speaks for her.
— Rappler

Online hiring for HR declines in Malaysia, blooms in Philippines
According to the latest Monster Employment Index, HR and admin talent is in-demand in the Philippines, but suffering decline in Malaysia and Singapore.
— HRM Asia

TDF yields hit fresh high
YIELDS fetched for term deposits surged to a fresh high yesterday even as demand cooled from a week ago, with players again crowding the seven-day papers at a time of market uncertainty.
— BusinessWorld Online

US reiterates offer to sell F-16 jets to PH: Lorenzana
The US government reiterated its offer to supply the Philippines with the Lockheed Martin F-16.
— Philippine News Agency

Philippines and US to announce FTA talks in November
The U.S. and the Philippines plan to jointly announce the start of their free trade negotiations by next month as the two allies bolster economic partnership amid uncertainty over their security ties.
— Nikkei Asian Review (paywall)

Self-rated poverty worsens in Q3 amid inflation pressures
SOCIAL WEATHER STATIONS (SWS), a polling organization, said Tuesday that more than 12.2 million families self-rated themselves as poor, equivalent to 52% of respondents in a study conducted at the end of September, up from 48% a quarter earlier.
— BusinessWorld Online

Failure to win PHL orders dampens Vietnam rice prices
PRICES of unmilled rice fell further in Vietnam after it failed to obtain a government-to-government order from the Philippines in the second half of May and increased China import tariffs in July, according to the United States Department of Agriculture.
— BusinessWorld Online