Philippines Morning News For May 21 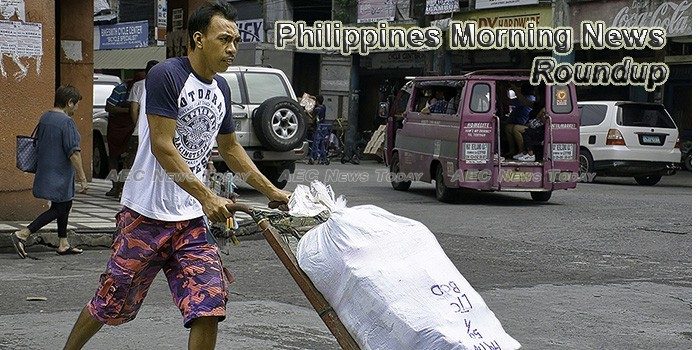 FDA warns public against purchase, use of Wawang Mosquito Coil products
The Food and Drug Administration (FDA) has warned the public against the purchase and use of a mosquito coil pesticide product that has been banned for sale due to its potential health hazards to consumers.
— Manila Bulletin

Reducing gender inequality at work can add USD 40 mn to Philippines’s economy
According to a report by McKinsey & Co, Philippines has the capability to add USD 40 billion to its domestic economy by 2025 if women and men are treated equally at the workplace.
— Devdiscourse

Ayala selling $1-billion coal plants
AC Energy Inc., the energy arm of the Ayala Group, plans to sell as much as 50 percent of its thermal or coal energy assets, a top executive said over the weekend.
— Manila Standard

PDIC to bid out P78 M foreclosed bank assets
State-run Philippine Deposit Insurance Corp. (PDIC) is eyeing P78 million from the disposal of several foreclosed assets of closed banks in the provinces towards the end of the month.
— Philippine Star

Businesses in city up by 4.6% in Q1 2018
THE number of business establishments in Davao City in the first quarter of 2018 increased by 4.6 percent to 36,802 from around 35,200, according to data from the Davao City Investment and Promotions Center (DCIPC).
— Sun Star

BSP ready to recalibrate policy stance
Monetary authorities are prepared to recalibrate the country’s policy stance, if the earlier rate hike is not enough to keep inflation within the two to four percent target set by the Bangko Sentral ng Pilipinas (BSP).
— Philippine Star

Philippines pushes back third telco bid again
The Philippines government has again pushed back the planned timeframe for selecting a third telco player, with bidding now expected to conclude by September.
— Telecomasia.net

Duterte: No assurance US on our side
THE PHILIPPINES has no assurance that the United States of America will remain by its side if war breaks out in the disputed South China Sea region, President Rodrigo R. Duterte said.
— BusinessWorld Online

MPIC studying options on selling Singapore power assets
METRO Pacific Investments Corp. (MPIC) said it is studying some “structural solutions” to the prevailing power-excess capacity in Singapore, possibly merging or consolidating its assets with other players in the city-state.
— Business Mirror

Solon urges NHA to file criminal charges vs contractors of substandard facilities
The chairman of the House Committee on Housing and Urban Development last Sunday urged the National Housing Authority (NHA) to study the filing of criminal charges against all contractors involved in building substandard housing units and facilities for victims of natural and man-made disasters.
— Business Mirror