Philippines Morning News For May 15 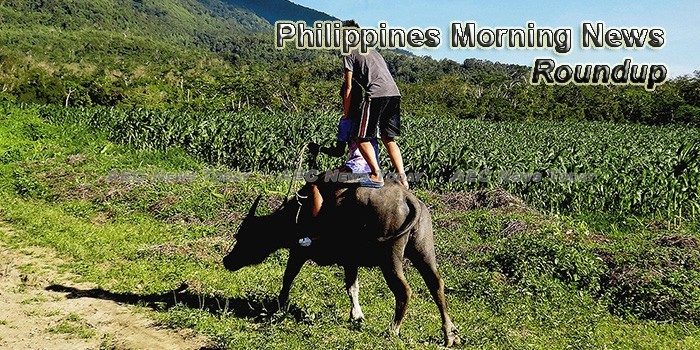 World Bank fund to aid Guimaras mango produce
Some 171 mango growers and producers from Guimaras are recipients of a P18-million grant in a joint project of the World Bank, the host local government unit, and its beneficiaries.
— Manila Standard

Philippines: Election-related violence leaves 33 dead
At least 33 people have been killed and 19 others wounded in several poll-related incidents ahead of Monday’s nationwide local elections in the Philippines, the country’s police chief said.
— Aljazeera

EDC calls for government support to push geothermal development in the Philippines
With the Philippines having fallen behind Indonesia in the ranking of installed geothermal power generation ranking, this clearly has left a mark on the geothermal industry in the country.
— Think GeoEnergy

PH still top Asean market for US wines
The Philippines will remain America’s largest Southeast Asian wine market, with exports projected to reach 4.3 million liters or 477,778 cases worth $13 million (P677.27 million) this year, the US Department of Agriculture (USDA) said.
— The Manila Times

Government keen on additional increase in sin taxes
The Department of Finance (DOF) will still push for a further increase in the excise taxes on sin products, particularly cigarettes, despite its possible impact on inflation, according to Finance Secretary Carlos Dominguez.
— Philippine Star

Teachers to get tax refund for service in May 14 polls
TEACHERS who served in the barangay and Sangguniang Kabataan elections (BSKE) on Monday would receive reduction in tax from their election-related income in the form of refund.
— Business Mirror

32 ecotourism sites up for audit
The Department of Environment and Natural Resources and the Ecosystems Research and Development Bureau proposed for the audit of potential ecotourism sites to assure sustainable development and economic benefits to indigenous people.
— Malaya

Duterte repeat vow to retire after PH shifts to federal system
President Rodrigo Duterte has declared again that he would step down once the country completes the shift to a federal system of government.
— Philippine Daily Inquirer