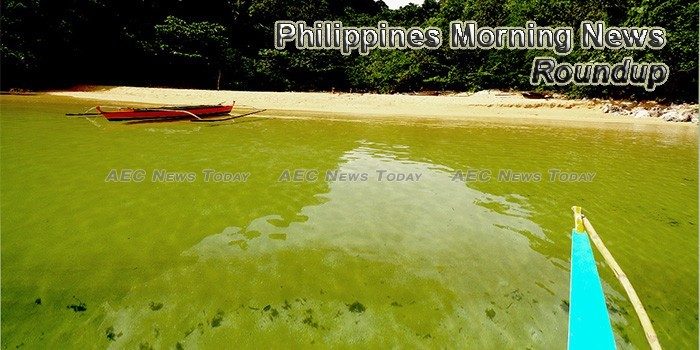 Australians to pour $40.4 million for power plant, hotel in PHL
AUSTRALIAN businessmen are looking to invest a total of $40.4 million on a power plant and a hotel project in the Philippines, as they intend to maximize the country’s growing economy.
— Business Mirror

Count PH out of wars, Duterte tells US
PRESIDENT Rodrigo Duterte on Wednesday took a swipe anew at the United States (US), saying Washington should count Manila out of any expeditions or wars.
— The Manila Times

P445-million JICA-funded Bohol bridge starts reconstruction next month
The reconstruction of the earthquake-damaged Clarin Bridge in Bohol, which would be funded by a loan from the Japanese government, would begin next month, the Japan International Cooperation Agency (JICA) said yesterday.
— Philippine Star

China warns PH planes ‘every time’ they fly over West Philippine Sea
The Philippines continues to get warnings from China whenever it conducts aerial patrols over the features of China in the Spratlys in the West Philippine Sea, Defense Secretary Delfin Lorenzana said Tuesday.
— Inquirer.net

Boracay casino seen earning $100M a year
The Boracay integrated resort that will be built by Leisure and Resorts World Corp. (LRWC) and its foreign partner will bring in at least $100 million in annual revenue, a substantial portion of which will be paid to the government in fees and royalties.
— Philippine Daily Inquirer

ICC reps planning trip to appeal PH pullout
Representatives of the International Criminal Court are purportedly poised to travel to the Philippines to try and persuade the government to return to the folds of the ICC by abandoning its decision to withdraw from the Rome Statute, the Court’s founding treaty.
— Manila Bulletin

Budget reform bill gets House nod
The House of Representatives on Tuesday approved on third and final reading House Bill 7302 or the “Budget Reform Act,” a measure certified as urgent by President Rodrigo Duterte.
— Davao Today

Stocks fall; index slips below 8,000
The stock market fell sharply again Wednesday ahead of a crucial Federal Reserve policy meeting later in the day, with the benchmark index dropping below 8,000 points for the first time since Sept. 6, 2017.
— Manila Standard

Peso weakens as markets expect interest rate hike from US FOMC
THE PESO weakened against the dollar on Wednesday as investors expect the US Federal Reserve to hike its interest rates, which is seen to support the greenback.
— BusinessWorld Online

House passes bill to abolish PCGG
The House of Representatives has passed a bill to abolish the Presidential Commission on Good Government (PCGG), the agency tasked to recover the estimated $10 billion ill-gotten wealth of the late strongman Ferdinand Marcos and his family.
— The Manila Times