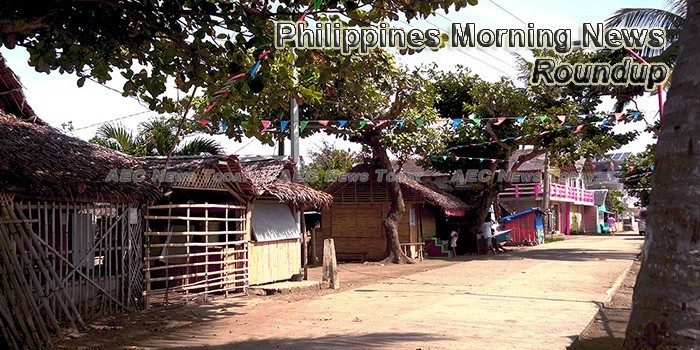 CIMB Bank partners with PLDT of the Philippines in bid of its Asean expansion
CIMB Bank Bhd, through its branch that is being set up in the Philippines, CIMB Bank Philippines Inc, recently entered into partnership agreements with CIS Bayad Center Inc and FINTQnologies Corp.
— New Straits Times

GSIS to sell port area land for P20B
State pension fund Government Service Insurance System (GSIS) will auction off its property in Port Area, the biggest of its assets, for a minimum cash price offer of P20 billion.
— Malaya

Philippines: 4.5 mln euro invested in banana project for ARMM
Last Saturday, the Chairman of the Philippine Regional Board of Investments in ARMM (the Autonomous Region in Muslim Mindanao), Ishak Mastura, announced that the Board had approved the PHP 290 million (€ 4.5 mln) investment application for the Cavendish banana plantation project of EKASALAM AgriVentures Corp. in Kauran, Ampatuan, Maguindanao.
— Fresh Plaza

Strengthen US security through development in PH
The United States should seize the opportunity to transform its recent military success, assisting the Armed Forces of the Philippines (AFP) in the island of Mindanao, into a durable peace using adaptive measures that focus on key factors for improving human development.
— Inquirer.net

Foreign Investment In The Philippines Hits Another High
The Philippines recorded another all-time high in foreign direct investments (FDI) in 2017, although the growth was substantially lower than in 2016. The volume reached $10 billion last year, up by 21.4 per cent compared to 2016.
— Investvine

Malaysia pushes for stronger trade with PH, but cautious on Mindanao
Malaysian investors are bullish on increasing bilateral trade relations with the Philippines but the negative perception on Mindanao is the “biggest challenge” preventing businesses from expanding in the south, Malaysia’s Trade Minister said on Monday.
— ABS-CBN

Cebu Doctors Group invests P200 M for MDH upgrade
The Cebu Doctors’ Group of Hospitals is investing some P200 million to expand its hospital in Mactan Island in the next two years to meet the increasing population and demand for healthcare in the locality.
— Philippine Star

‘Duterte gov’t move to declare 600 persons as terrorists, a prelude to massive crackdown on critics’
The Department of Justice (DOJ) has sought the declaration of the Communist Party of the Philippines (CPP), its armed wing, New People’s Army (NPA), and at least 600 progressives as “terrorists.”
— Davao Today

Ayala to spend record P249B for capex in 2018
THE AYALA GROUP is ramping up its capital expenditure budget by nearly half this year to support the expansion of its business units after sustaining double-digit profit growth for the sixth consecutive year.
— BusinessWorld Online