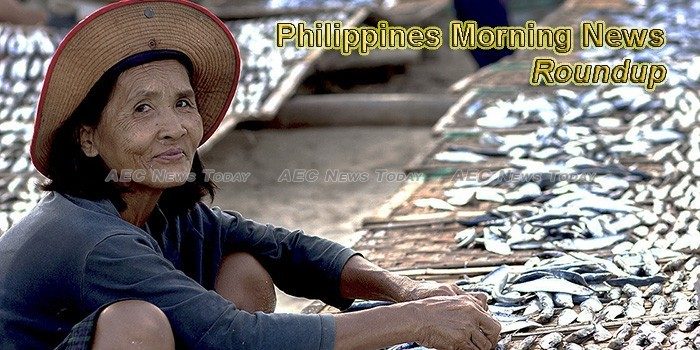 Philippines Jeepney Phase-out Gains Pace: Get on board a ‘Busney’ (video)
To some they are a colourful symbol of the Philippines. To others they are an essential form of low-cost transportation.
— AEC News Today (video)

Joma: Reds ready to oust Duterte
THE Duterte administration has suspended informal talks with communist rebels to give way to a three-month review of all previous agreements, prompting another angry response from Communist Party of the Philippines (CPP) founder Jose Maria Sison, who said guerillas were ready to oust the President anytime.
— The Manila Times

Peza investment pledges fell 58.6% in first 4 months
Investment pledges registered by the Philippine Economic Zone Authority (Peza) dropped by 58.6 percent in the first four months of the year, as a top official said investors felt they were not protected under the current business climate.
— Philippine Daily Inquirer

Pag-IBIG housing loan payment now as low as P2K/mo.
Disbursement of socialized housing loans by Pag-IBIG Fund rose 26 percent in the first five months of the year to P 3.995 billion from P3.165 billion in the same period last year, the Fund said in a statement.
— Malaya

NGCP starts P52-billion project for Visayas-Mindanao interconnection
The National Grid Corp. of the Philippines (NGCP) has begun construction of the P52-billion project connecting the Visayas and Mindanao power grids, which will strengthen the country’s transmission network and boost employment opportunities for host communities.
— The Philippine Star

Govt gives Soccsksargen farmers P168-million agri equipment
MORE than 500 farmers from Soccsksargen received farm machines and postharvest facilities worth P168 million from the Department of Agriculture (DA) as part of the government’s mechanization program to hike their output.
— Business Mirror

Dutch bust ‘made-to-order’ PHL child sex gang
With the help of Australian officers, a Dutch policeman, who has been specially stationed in Manila to clampdown on child sex tourism, rescued 18 children in recent days offered for online sex shows by their families, police said in a statement.
— Philippines Magazine

PHILIPPINES TO PRODUCE DRINKING WATER FROM SUNLIGHT AND AIR
The Asian Development Bank (ADB) is collaborating with Zero Mass Water, Inc. (ZMW) and the Philippine National Electrification Administration (NEA) to improve access to quality drinking water in urban and remote areas of the Philippines through the use of a new technology that produces drinking water from sunlight and air.
— WaterWorld

MICC clears 23 mines, fails 4 others
A government panel cleared 23 of 27 Philippine mines that were assessed for compliance with state regulations, the Department of Finance (DOF) confirmed yesterday, easing uncertainty about potential supply disruptions at the world’s No. 2 nickel ore supplier.
— Manila Bulletin

Filipinos can now easily access Bitcoin Cash—Coins.ph adds BCH support to their wallet
As the needs of the underserved and unbanked in countries like the Philippines becomes ever more so glaringly obvious, it’s good to know that some companies are making the effort to ensure the blockchain revolution leaves no one behind.
— CoinGeek