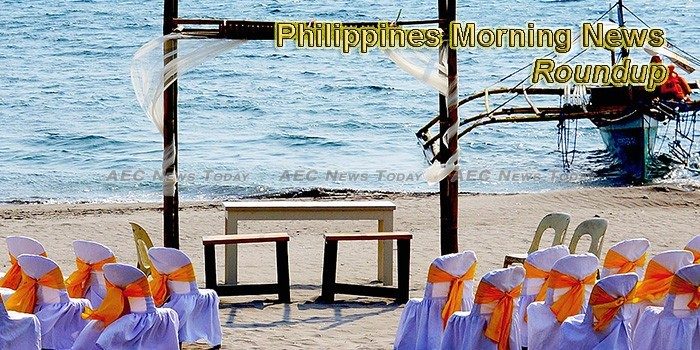 Group offers $3B LRT in Cebu
A Singaporean-Chinese and Filipino consortium has submitted a proposal to construct a $3-billion Light Rail Transit (LRT) system in Metro Cebu as the major component of the Integrated Transportation System (ITS) that will help address the worsening traffic congestion, the Department of Transportation (DOTr) said.
— Malaya

Foreign investments under Duterte total $16B, four times bigger than Aquino’s $4B
DESPITE the concerted misinformation, by the Yellow Cult here and the US East Coast media, against President Duterte’s administration, foreign direct investments in his first 21 months in office (July 2016 to March 2018), totaled $16 billion.
— The Manila Times

PCC asks Chelsea to pay P22.8million voids deal with Trans-Asia Shipping
The Philippine Competition Commission said Tuesday it nullified the acquisition by Dennis Uy-led Chelsea Logistics Holdings Corp. of Trans-Asia Shipping Lines and imposed a P22.8-million fine for the two parties failure to notify the antitrust body about the transaction in December 2016.
— Manilastandard.net

S&P: PH GDP growth of at least 6.5% ‘very easily achievable’ in 2 years
The growth outlook for the Philippines in the near term remained “strong” on the back of “stable” economic, fiscal and monetary policies, “favorable” demographics, the ambitious infrastructure program, as well as comprehensive tax
reform, debt watcher S&P Global Ratings said Tuesday.
— Philippine Daily Inquirer

Assassination of second Philippine town mayor caught on camera
A second town mayor in the Philippines was shot and killed by an unidentified man in a road attack, one day after the mayor of another city was gunned down in a daylight sniper attack.
— Aljazeera (video)

Some investors see opportunity in PH stock rout
Unfazed by a foreign-led selloff that wiped out about $55 billion in Philippine stocks, some local individual investors are seeing opportunities to buy.
— Manila Bulletin

Treasury rejects all bids for 10-year bonds
THE GOVERNMENT rejected all bids for the 10-year Treasury bonds (T-bond) it offered yesterday as investors demanded higher rates ahead of the June inflation print.
— BusinessWorld Online

MGB to start mineral exploration in Philippine Rise
Mines and Geosciences Bureau (MGB), an attached bureau to the Department of Environment and Natural Resources (DENR), has embarked on a five-year survey to explore the mineral resources in Philippine Rise, which could be the next big source of huge revenues for the government.
— Manila Bulletin

DOF: Inflation rises to 4.9% in June
Inflation likely accelerated to a fresh five-year high of 4.9 percent in June due to higher prices of food and “sin” products, the Department of Finance (DOF) said yesterday.
— The Philippine Star

Problem in Cebu? Text the Mayor
The Mayor of Cebu City’s mobile number is emblazoned in bright yellow across the top of his Facebook page. “If you need anything, my personal number is 091 7 329 9999 :)”, it reads.
— Gov Insider

NFA seeks P8 hike in palay buying price
State-run National Food Authority (NFA) is pushing anew for an increase in the buying price of palay by up to P8 per kilogram, to allow it to compete with private traders and ensure better procurement of domestic stocks.
— The Philippine Star