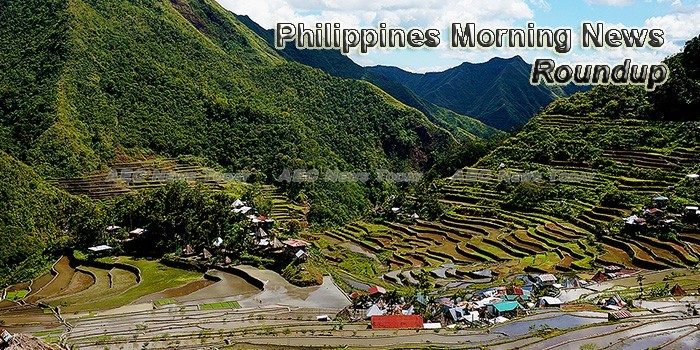 Philippines, Malaysia put Grab-Uber deal under scrutiny
The Philippines and Malaysia said yesterday that they will look into whether Uber Technologies’ move to sell its South-east Asian business to ride-hailing rival Grab hinders competition, days after Singapore began a probe into the deal on similar concerns.
— The Newpaper

Philippine economy likely to grow above 7% in Q1 2018 – First Metro, UA&P
The Philippine economy is expected to grow more than 7% in the first 3 months of 2018, fueled by higher foreign investments, employment, and manufacturing output, among others.
— Rappler

BPI prices SRO at P89.50/share
Bank of the Philippine Islands has set the price of its P50-billion stock rights offering at R89.50 per share at the rate of one rights share for every 7.0594 share held.
— Manila Bulletin

Factory activity picks up despite inflation
FACTORY ACTIVITY in the Philippines improved last month despite higher input costs due to the tax reform law that took effect in January, according to a monthly survey IHS Markit conducted for Nikkei, Inc.
— BusinessWorld Online

Peso climbs on continued inflows
THE PESO strengthened against the dollar on Monday as inflows continued to support the currency.
— BusinessWorld Online

Palace: Bear with ‘endo’ for now
Malacañang on Monday admitted that a total ban on contractualization in the country is not possible with President Rodrigo Duterte’s Executive Order (EO) as effecting the prohibition needs legislation.
— The Manila Times

Treasury-bill rates rise on partial award
The Bureau of the Treasury (BTr) yesterday partially awarded 91-day Treasury-bills, but rejected bids for 182- and 364-day securities as the market asked for higher rates amid expectations of a higher inflation footprint last March.
— Philippine Star

NFA rice reserve already wiped out
The rice reserve of the National Food Authority (NFA) is now completely gone, a few weeks after the agency announced that its stocks could only fill up the country’s requirement for two days.
— Inquirer.net

Soybean meal importsseen rising 5.45% in 2018
Philippine soybean meal (SBM) imports are expected to increase by 5.45 percent to 2.9 million metric tons (MMT) this year, fueled by the livestock and poultry idustries’ strong demand for feeds, the US Department of Agriculture (USDA) said.
— The Manila Times

BAP, Bloomberg partner for forex platform
The Bankers Association of the Philippines (BAP) has partnered with Bloomberg to pursue several initiatives to further the growth of the foreign exchange (forex) market in the Philippines.
— Philippine Star

March for Our Lives, ‘78 Laban Noise Barrage, and the fight vs. Duterte
The March for Our Lives protest, which drew more than a million young Americans and their supporters, is an important reminder for Filipinos in the Duterte era: fighting for justice means mobilizing huge numbers of people in the streets.
— Inquirer.net

PH recounts contested vice presidential votes
The Philippines yesterday began a manual recount of votes in a vice presidential election after the son and namesake of former dictator Ferdinand Marcos contested the outcome, while the incumbent assured supporters her win was not in doubt.
— Khmer Times

Cambodia Morning News For May 14