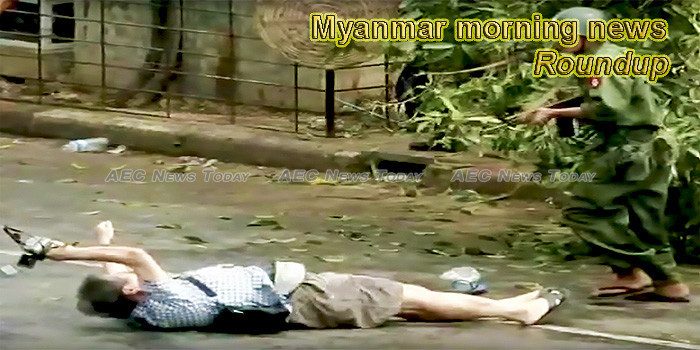 Myanmar garment workers demand sacked colleagues get jobs back
Dozens of striking workers from a Chinese-owned garment factory in Myanmar marched to a government compound in the city of Yangon on Monday, demanding to meet the city’s chief minister, as part of efforts to get sacked colleagues reinstated.
— Reuters

New Myanmar auto import policy announced
Myanmar has outlined a new auto import policy for 2019, saying that only vehicles with left-hand drive can be imported to suit the country’s traffic route direction, Xinhua has reported quoting an announcement of the Supervisory Committee for Motor Vehicles Importation.
— Mizzima

Insurance industry progressing at slow pace, foreign competition needed: AMI
It has been five years since the government first allowed private insurance businesses to offer their services in Myanmar in 2013.
— Myanmar Times

Yangon Gov’t Must Answer Auditor General’s Claims: President’s Office
The Yangon Regional Government must respond to claims in a report by the auditor general that irregularities in spending by the city administration cost the public billions of kyats, the President’s Office spokesperson said on Monday.
— The Irrawaddy

Residents put off plan to protest over Mt. Zinghmuh issue
Although Chuncung residents have planned to stage a protest today (October 29) over the Chin State government’s implementation of a national park in Mt. Zinghmuh, which lies at the borders of Hakha, Falam, and Htantlang townships in the Chin State, and the construction of a dam in Lai tili Lake without informing the public, it has been postponed due to a request from the local authorities.
— BNI

Landmine blasts injure two in NMSP-KNU disputed-area in Yebyu Tsp within this month
Two people have been injured by landmine blasts within this month in Kyaung Shar Kwin, which is an area of territorial dispute between the New Mon State Party (NMSP) and the Karen National Union (KNU) near Ah Lel Sa Khan Village under Yebyu Township, Tanintharyi Region.
— BNI

Kachin Leaders to Govt: IDPs Cannot Return Home Before Peace Is Restored
Kachin community leaders say that conditions still do not allow internally displaced people (IDPs) in the state to return home, despite recent remarks by State Counsellor Aung San Suu Kyi that she is trying to make this possible.
— BNI

Controversy unfurls as MP flags respect issue
A Yangon Region MP has generated controversy by complaining about people – in particular, Muslims – who refuse to stand for the national flag in cinemas.
— Frontier Myanmar

Four retail-wholesale JVs permitted to operate
Six months after allowing foreign investors to register and participate in the domestic retail and wholesale sector in May, the Ministry of Commerce (MOC) has so far permitted four joint ventures between foreign and local investors.
— Myanmar Times

Culture Ministry to place museum at Tham Luang Cave
Chiang Rai has been declared a city of environmental tourism as well as of art, culture and historic connections as it shares borders with Myanmar, Luang Prabang and fellow northern provinces Phayao and Nan.
— NNT

Fishermen told government cannot ban seafood import from Myanmar
He said that banning import of such seafoods from Myanmar was not possible because they are listed as protected products in accordance with the Imports and Exports Act.
— Thai PBS World

Trump Should Declare Myanmar’s Rohingya Campaign a Genocide
In an August 2018 report on atrocities committed in Myanmar, the U.S. State Department found that: “The recent violence in northern Rakhine State was extreme, large-scale, widespread, and seemingly geared toward both terrorizing the population and driving out the Rohingya residents.
— National Interest.org

EU withdrawal of GSP unlikely to impact investment in Myanmar
The European Union (EU)’s probable withdrawal of its Generalized Scheme of Preference (GSP) will not impact the foreign investment flow in Myanmar, Xinhua reported.
— Mizzima