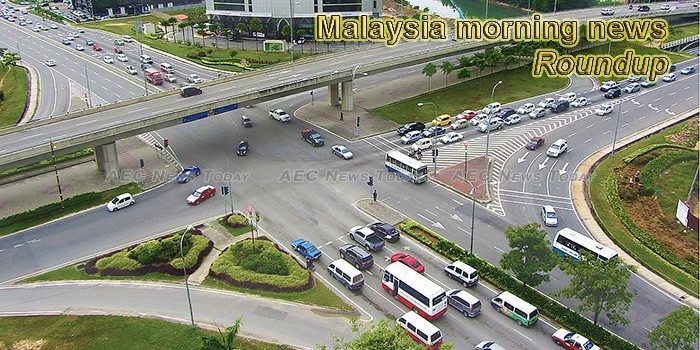 Malaysia PMI signals first expansion in seven months
Malaysia’s manufacturing sector expanded for the first time in seven months, according to a survey, thanks to a increase in new orders and slower pace of cost increases.
— Nikkei Asian Review

Commentary: Post-Proton, Malaysia still dreams of a national car
Questions about whether Malaysia may invest in building up yet another national car manufacturer has opened up a wide range of possibilities, says one political economist.
— Channel NewsAsia (annoying popups)

Mahathir to keep promise to hand reins to Anwar after 2 years
Prime Minister Mahathir Mohamad said he will honour his promise to be prime minister for only two years before handing over the reins to his former political adversary Anwar Ibrahim, according to Bernama news agency.
— Thai PBS

Malaysia c.bank seen holding key rate on U.S.-China trade war concerns
Malaysia’s central bank is expected to keep its benchmark interest rate unchanged at a meeting on Wednesday, as it keeps tabs on how far the United States and China will take their ongoing trade war.
— Nasdaq

Bumiputera Congress bursts ‘New Malaysia’ bubble
The shocking pronouncements from the Bumiputera Congress that convened last weekend constitute the biggest let down to date since the Malaysian people voted for a “new Malaysia” with real reforms after 61 years of BN rule.
— Malaysia Kini

FGV waiting on lawyers to finalise recommendations
Felda Global Ventures (FGV) Holdings Bhd is expected to narrow down its investigations by year end.
— The Star Online

KLCI slips as Asian markets retreat ahead of Sept 5
Asian markets pulled back on Monday ahead of the Sept 5 deadline for public commentary on the US trade tariffs, following which the taxes are expected to go ahead as planned.
— The Star Online

Being in shock is not good, ex-AG tells MACC
The Attorney-General’s Chambers and law enforcement agencies should be on the same page, says former attorney-general Abu Talib Othman.
— FMT