Malaysia Morning News For May 30 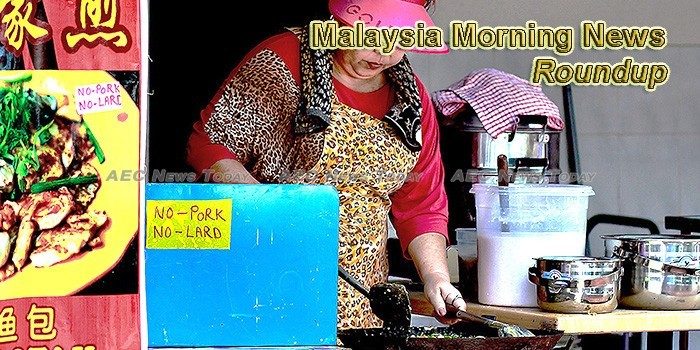 Cancelling HSR will create positive impact in long run: Melaka CM
The central government’s decision to scrap the HSR project will create a positive impact in the long-term, as the country will not be saddled with the problem of settling so much debts, said Melaka Chief Minister Adly Zahari.
— New Straits Times

Malaysia’s GST a victim of populist politics
The new Malaysian government’s decision to bring GST down to zero from Friday is an easy decision to make – but making up for its lost revenue will be tough.
— The Straits Times

Taxi association in Malaysia ask for new government to end ride-hailing services
The Malaysian Taxi, Limousine and Car Rental Operators and Drivers Association voiced out earlier last week on Thursday (24 May) that the new Malaysian government should end ride-hailing services in Malaysia and focus on improving the taxi industry.
— The Online Citizen

CIMB pledges RM75m to train talent to meet digital ambitions
CIMB Group Holdings Berhad has pledged RM 75 million over the next three years to the CIMB 3D Academy, to enhance the digital quotient in all job roles; to enable the group’s digital transformation; and to build an agile, innovative, tech-savvy workforce across the board.
— The Sun Daily

Nestle to cut 500 jobs as CEO Schneider targets home country
Nestle SA plans to cut as many as 500 jobs in its home market of Switzerland as Chief Executive Officer Mark Schneider aims to boost profitability at the world’s largest food company.
— The Star Online

Uyghur Student Missing, Believed Detained After Return From Malaysia University
A young Uyghur woman has gone missing after returning to her home in northwest China’s Xinjiang Uyghur Autonomous Region (XUAR) from studying abroad in Malaysia, and is believed to be detained in a “political re-education camp,” according to her Germany-based sister.
— Radio Free Asia