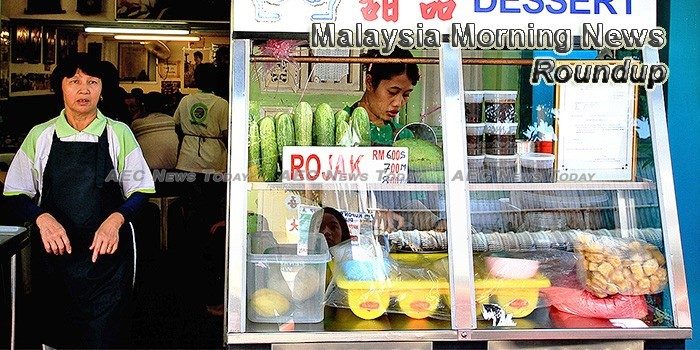 Malaysia’s New Government To Scrap GST By June 1
Malaysia’s finance ministry on May 16 announced that the unpopular Goods and Services Tax (GST) of six per cent will be discontinued from June 1.
— Investvine

An agenda for law reform after GE14
When Malaysia’s unexpected new Pakatan Harapan government seeks advice about law reform, it will surely consult the many capable Malaysians with expertise in this area: current and former judges; members of the Bar; legal academics, and scholars of the Malaysian constitution and its history; the Human Rights Commission of Malaysia (SUHAKAM); and the many civil society groups and social movements that now share an accumulated wealth of experience and wisdom.
— New Mandala

Minimum wage will prove early test for new Malaysian leader
Malaysia’s largest trade union has said the country’s new government will need time to fully assume power before it can address a range of workforce-related issues including the rising cost of living, job security and a potential increase in the minimum wage.
— CIPD

Malaysia’s political drama is worthy of Shakespeare
The release of Anwar Ibrahim is an important step in a new beginning for Malaysia, building on the stunning electoral victory that ousted the ruling party on 9 May. It’s also a test of loyalty between two men with a long rivalry, one of whom was the other’s jailor, writes Bridget Welsh.
— BBC

June CPO export tax to stay at 5%
Malaysia, the world’s second-largest palm oil producer, kept its crude palm oil export tax at 5% in June, according to the Malaysian Palm Oil Board today, citing the national customs department.
— The Sun Daily

1MDB investment decisions involving PetroSaudi made without detailed assessment
1Malaysia Development Bhd (1MDB) investment decisions in joint-venture companies involving PetroSaudi were made within eight days, without a detailed assessment process and before the issues or conditions raised by the 1MDB Board are resolved, the declassified auditor-general’s report on 1MDB released on Tuesday stated.
— The Star Online

Investors see ‘big change’ in Malaysian business under Mahathir
It wasn’t just pollsters who were wrong-footed by the surprising outcome to Malaysia’s election. Business leaders were caught out, too.
— Nikkei Asian Review

FGV pledges transparency over investigations on Asian Plantations acquisition and other investments
Felda Global Ventures Bhd (FGV) says it will take all necessary actions in a transparent manner when the forensic investigations into several issues are completed.
— New Straits Times

Cambodia Morning News For May 19