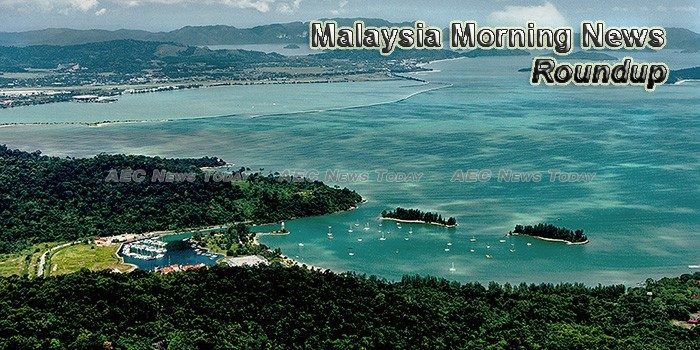 Malaysia’s economy ‘incredibly resilient’
What is striking about the 2017 annual report of the National Transformation Programme is not so much the headline-grabbing, big-picture figures and trends shown.
— New Straits Times

MIDA Official On Whirlwind Visit To Promote Investments To Malaysia
A senior Malaysian Investment Development Authority (MIDA) official, who has undertaken a whirlwind tour of several countries to highlight investment opportunities to local companies in Malaysia’s hospitality and healthcare sectors, has been making several head-ways including at his stop here in Germany.
— Malaysian Digest

SECOS Group secures site in Malaysia for bioplastics manufacturing facility
If the plant is fully utilised it can generate an estimated $40 million in sales per annum.
— Proactive Investors

GDB makes lukewarm debut on ACE market
Construction player GDB Holdings Bhd which saw a 2.5 sen or 7.1% discount on its first trading day on the ACE Market of Bursa Malaysia, is banking on projects on its current orderbook for an increased revenue contribution.
— The Sun Daily

MAHB exits Maldives airport project
Malaysia Airports Holdings Bhd MAHB) has sold off its entire 23% stake in an airport in Maldives, including its receivables and loans, to joint venture partner GMR Holdings for RM28.5mil cash.
— The Star Online

March 27: Ringgit closes at 8-week high against US dollar
The ringgit closed at a high of 3.8755/8785 against the US dollar today – a level last seen on Jan 26 this year – supported by subsiding fears of a trade war between the US and China, and rising crude oil prices.
— New Straits Times

Nine Malaysians in Forbes 2018 ‘30 Under 30 Asia’ list
Nine young Malaysians made it to the Forbes third annual “30 Under 30 Asia” list, featuring 300 young disruptors, innovators and entrepreneurs across Asia, all under the age of 30, who are challenging conventional wisdom and rewriting the rules for the next generation.
— The Sun Daily