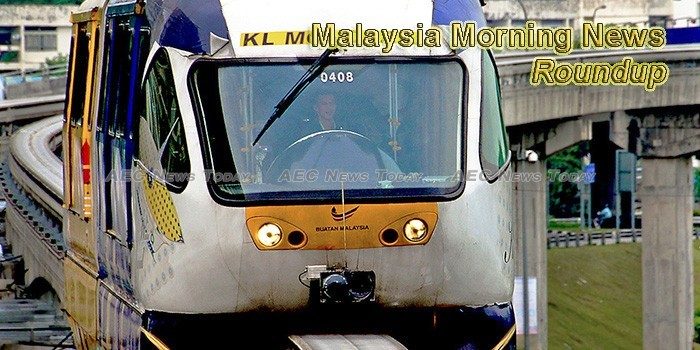 Malaysia #GE18: Najib’s Fall About Being Truly ‘Malaysian’
The stunning victory of Malaysia’s opposition on May 9, 2018 in the country’s 14th general election and the equally impressive peaceful turnover of power — as the federal government changed hands for the first time in the country’s 60-year history — has put Malaysia in the international spotlight.
— AEC News Today

Malaysian Minister: Vegetables and meat 30-50% cheaper after zero-GST
The prices of fresh produce have dropped significantly after the Goods and Services Tax was zero-rated on June 1, says Agriculture and Agro-based Industry Minister Salahuddin Ayub.
— Fresh Plaza

Election shock leaves Umno news portals‎ scrambling
FOLLOWING Umno and Barisan Nasional (BN)’s defeat in the 14 general election (GE14), some news portals that were tied to the party have shut down while those still operating have shed staff in order to survive.
— The Malaysian Insight

FMM: Maintain electricity tariff, let Socso handle EIS funds
The Federation of Malaysian Manufacturers (FMM) is urging the government to maintain electricity tariffs until Dec 31, 2020 and accord the Social Security Organisation (Socso) with the responsibility of managing funds collected under the Employment Insurance System (EIS), which is now under review.
— The Sun Daily

RM50bil cheaper alternative to KL-S’pore high speed rail
An alternative proposal to have a railway link to Singapore by upgrading the present infrastructure will only cost the government RM20bil – much lower than the high speed rail (HSR) project which will cost between RM60bil and RM70bil.
— The Star Online

Demand for dollar, US-China trade tensions to weigh on ringgit
The ringgit, which fell below 4.00 to the US dollar Monday, is expected to see more losses, currency observers opine, as appetite for the greenback grows unabated and fears of a trade war between China and the US persist.
— The Sun Daily

Malaysia: Food, Transport To Boost Inflation In May
Inflation will stay low throughout 2018 due to a cut in the Goods and Services tax (GST).
— Seeking Alpha

SST should start at affordable rate, below 10 per cent
The Bumiputera Retailers Organisation (BRO) Treasurer Mustakim Manaf has echoed the organisation’s vice president Datuk Wira Ameer Ali Mydin’s suggestion that the Sales and Services Tax (SST) rate should be more affordable at below 10 per cent.
— The Borneo Post

Malaysia Bourse May See Another Soft Start
The Malaysia stock market has finished lower in six consecutive trading days, sliding more than 40 points or 2.4 percent in that span.
— Nasdaq

Malaysia Morning News For May 18