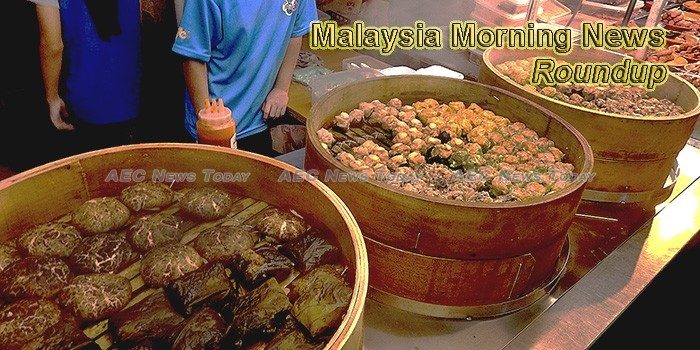 Remaining Malaysian Cabinet Ministers sworn in
A total of 13 ministers and 23 deputy ministers were sworn in before the Yang Di-Pertuan Agong, Sultan Muhammad V at the ceremony at the Istana Negara in the capital city.
— The Online Citizen

Malaysia freezes 408 accounts
Malaysia has frozen more than 400 bank accounts as part of a probe into a multi-billion-dollar scandal at state fund 1MDB, a task force said yesterday, as the stepson of former prime minister Najib Razak was summoned for questioning.
— The Daily Star

Playing cops and robbers with Dr Mahathir 2.0
Mahathir’s popularity is increasing by the minute, with even children wanting to become like him, but he has much to do – including putting in place safeguards against authoritarianism – if he wishes to leave a respected legacy.
— Free Malayisa Today

Banking: Favourable policies boon to loans growth this year
Analysts are projecting a more robust loan growth in the second half of 2018 (2H18), compared to 1H18, while others also believe that current year 2018 (CY18) loans growth will come in better in CY18 from CY17.
— The Borneo Post

No easy task for Malaysia’s Islamic Affairs Minister
Among the crop of Malaysian Cabinet ministers sworn in yesterday was de facto Islamic Affairs Minister Mujahid Yusof Rawa, an Islamic scholar who has found himself at the centre of a raging debate between conservative Muslims and so-called liberal Muslims on the country’s religious compass.
— The Straits Times

Jamal Yunos arrested in Indonesia, to be extradited: Malaysia home minister
UMNO Sungai Besar division chief Jamal Yunos, who has been on the run from Malaysian authorities for more than one month, has been captured by Indonesia authorities, said Malaysia Home Minister Muhyiddin Yassin on Monday (Jul 2).
— Channel NewsAsia

Maybank to pay out RM3.5b dividend this Friday after cancelling DRP
The current softer equities market has seen Malayan Banking Bhd ‘s (Maybank) cancelling its dividend reinvestment plan (DRP) and it would now pay out the final dividend of RM3.50bil this Friday.
— The Star Online