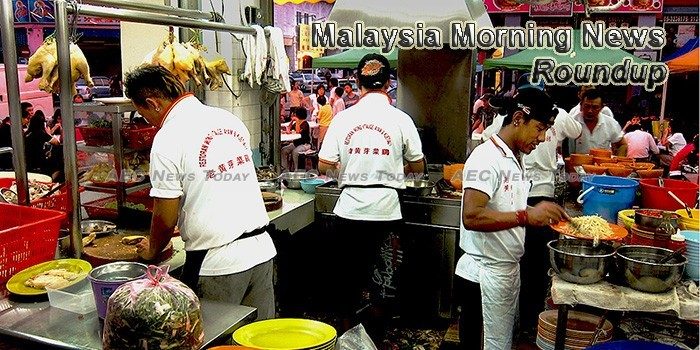 Malaysia pays high price for political drama
Malaysians might have hoped for a young new challenger to contest the coming parliamentary election and take on the 64-year-old scandal-plagued Prime Minister Najib Razak, who has held office for eight years.
— Nikkei Asian Review

Mega projects will create 250,000 jobs: Johor Menteri Besar
The Johor government has a long-term plan for the state and wants to make it the new economic powerhouse in Malaysia, said Menteri Besar Mohamed Khaled Nordin.
— The Straits Times

Will there be surprises from Invest Malaysia?
INVEST Malaysia, an event organised annually for the global investing audience, takes place next week, just in case many are not aware yet. It will be the last one before Prime Minister Datuk Seri Najib Tun Razak faces the people in the general election (GE).
— The Star Online

Asean Morning News For May 7