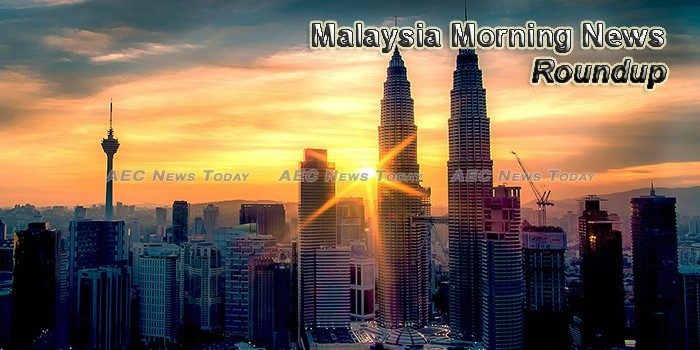 Ringgit gets boost ahead of GDP announcement
The ringgit opened higher against the US dollar this morning as the greenback retreated from recent gains and amid positive local sentiment ahead of the announcement on Malaysia’s 2017 gross domestic product (GDP) figure, dealers said.
— The Star Online

CIMB IB Research lowers target price for OWG to RM1.35
CIMB IB Research has maintained its “Hold’ rating on Only World Group Holdings Bhd (OWG) at RM1.34 with a lower target price (TP) of RM1.35 (from RM1.90) and said OWG’s 1HFY6/18 net profit of RM4.7 million was below expectations at 14%/34% of house/ Bloomberg consensus full-year forecasts.
— The Edge Markets

Great Eastern looking at IPO, sale of stake in Malaysia
Great Eastern has started the process to reduce its stake in its Malaysian unit, says its chief executive officer Khor Hock Seng.
— The Star Online

European group to bid for Malaysia-Singapore high-speed train
A powerful European consortium that includes Alstom and Siemens has partnered with a Malaysian firm to bid for a high-speed train project connecting Malaysia and Singapore, the companies announced Monday.
— AsiaOne

Next RCEP meeting will be crucial, says Mustapa
The next Regional Comprehensive Economic Partnership (RCEP) meeting, which will be held at the ministerial level on March 2, will be a crucial one to discuss the progress of the trade deal.
— The Sun Daily