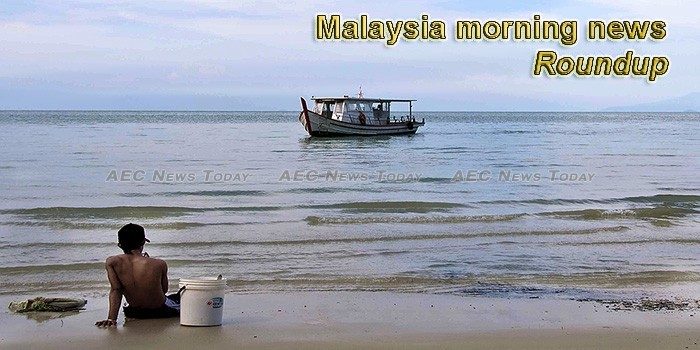 Minimum wage at RM1,500 receives mixed reactions
The minimum wage rate of RM1,500 expected to be gazetted this month has received mixed reactions from different organisations within the country.
— The Edge Markets

‘Angry Muslim’ father’s online petition inspires Thai activist
The online petition by a UK-based Malaysian Muslim father to ban child marriages has triggered an activist to begin a similar petition to ban them in Thailand too.
— The Nation

Pompeo takes Indo-Pacific vision to Mahathir’s Malaysia
United States Secretary of State Mike Pompeo began a four-day visit to Asia to promote a US vision of transparent, private sector-led investment with a stop in Malaysia, which has ordered a review of the sort of massive Chinese projects Washington questions.
— Channel NewsAsia

China-Malaysia Warship Deal in Focus with Construction Kickoff
A look at the progress of an old deal under new political realities.
— The Diplomat (paywall)

JPJ opens bidding war for ’Malaysia’ series
There will be special vehicle registration plates for all states once the “Malaysia 1” to “Malaysia 9999” series have been taken up, says Anthony Loke.
— The Star Online

Ringgit ends lower as US dollar strengthens
The ringgit remained lower against the US dollar for the third consecutive day today as renewed trade war worries between the United States and China bolstered appetite for the safe-haven currency, dealers said.
— The Sun Daily

Corruption in sports ministry? KJ says everything above board
The former youth and sports minister says he is ready to explain to his successor all decisions made during his tenure.
— FMT

Fewer drivers registering with GRAB following new regulations
Grab Malaysia has seen a reduction in the registration of new part-time drivers following the regulations imposed by the Ministry of Transport (MOT) on ride-hailing companies.
— The Borneo Post

OPPO Malaysia reveals first official F9 photos
If you are already following OPPO Malaysia Facebook page, chances are you have already seen their OPPO F9 teaser images about the Sunrise Red, Twilight Blue and Starry Purple with a unique flower petal pattern designed known as the diamond cut, which is the first for the F-series.
— TechNave

Sram launches Jupiter XII fund for Media in Malaysia
Sram has plans to invest a total of $120 million, primarily to create avenues in the video-on-demand, content streaming, hyper-targeted content and advertising verticals, of the media and advertising industry.
— Dhaka Tribune

Nepal ready to negotiate MOU on labour cooperation with Malaysia
Amidst the recent Nepali migrant worker scam, the Nepal government is ready to continue discussion on the recruitment, employment and repatriation of workers agreement with Malaysia, to safeguard the welfare and protect the rights of its workers here.
— New Straits Times