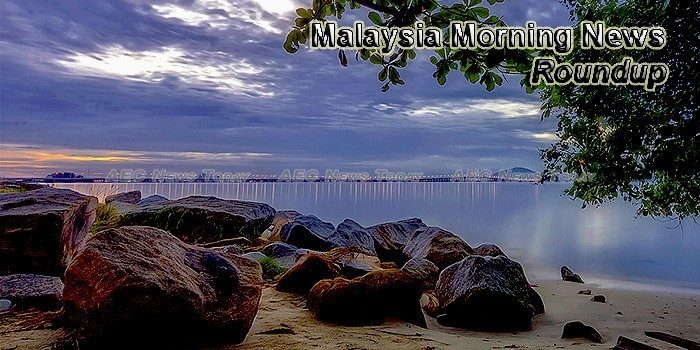 Trade restrictions, tighter funding conditions pose risks to Malaysia
Malaysia is vulnerable to trade protectionism and unexpected tightening in funding conditions due to its high dependence on trade, according to a report by Moody’s Investors Service Inc.
— The Malaysian Reserve

Maybank sees higher online deals in 2018
Malayan Banking Bhd (Maybank) is confident its online transactions will increase to 6.4 billion this year, following the newly revamped Maybank2u website, which will be launched to the public tomorrow.
— The Malaysian Reserve

Malaysian palm oil price closes flat after recouping early losses
Malaysian palm oil futures closed flat on Wednesday as short covering in the second half of trade helped the market recover from losses earlier in the day.
— The Star Online

Malaysian Opposition can contest under PKR logo
MALAYSIA’S Election Commission (EC) has clarified that it has no objections to the Opposition’s wish to use the Parti Keadilan Rakyat (PKR) logo for the general election.
— Business Times

CVC Capital close to buying Munchy Group for RM1.1b
CVC Capital Partners is close to an agreement to buy Malaysian snack food maker Munchy Group, according to people with knowledge of the matter.
— The Star Online

Najib criticises Tun Mahathir over remarks about The Loaf closure
Datuk Seri Najib Tun Razak has hit out at former Prime Minister Tun Dr Mahathir Mohamad for having made four U-turns in his statements and blaming the economy for the winding up of his bakery.
— The Edge Markets

Procurement down 20.5% among Bumi vendors
The Ministry of International Trade and Industry (MITI) registered RM4.88 billion in procurement value under the Bumiputera Vendor Development Programme (BVPD) in 2017, which is a 20.5% decrease from the amount reported in the previous year.
— The Malaysian Reserve

Malaysia KL Property Market Transformation
Many Singaporeans have always viewed Malaysia with some apprehension. Some say it is more dangerous and not as safe. Well, in a larger country, it is always not as safe if you stray into the lesser lit areas, same as in Europe or elsewhere.
— The Independent

Malaysia Morning News For May 5