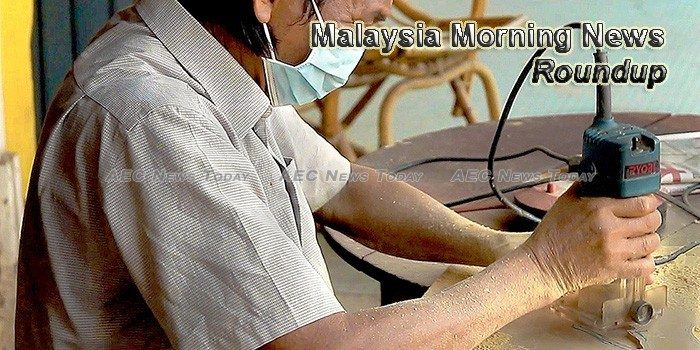 Malaysia to hold general elections on May 9
Malaysia is set to hold a general election on May 9, the Elections Commission said, in what could be the toughest test of the ruling coalition’s 61-year grip on power.
— Aljazeera

Food industry on MyCC’s menu this year
The Malaysia Competition Commission (MyCC) will look into escalating food prices this year as Malaysians grapple with rising cost of living.
— The Sun Daily

BN has delivered on its promise for cheaper cars
In the 2013 general election, Barisan Nasional (BN) made a promise in its manifesto to reduce the price of cars by 20% to 30% by 2017.
— Free Malaysia Today

Malaysia Airlines says going ahead with MoU with Boeing
Malaysia Airlines Bhd says the memorandum of understanding (MoU) signed in September 2017 with Boeing Co. to increase the number of Boeing planes to be purchased is still in place.
— The Star Online

Tackling protectionism
ONCE again, global trade is witnessing the protectionism’s moment in the sun as the political tide in advanced economies seems to move towards greater protectionism.
— New Straits Times

More income and jobs for youths
Barisan Nasional (BN) has pledged to increase earnings of youths and improving their employability through digital economy.
— New Straits Times

SERC raises Malaysia’s 2018 growth forecast
Think tank Socio-Economic Research Centre (SERC) has revised upward its gross domestic product (GDP) figure for 2018 to 5.5% from the previous estimate of 5.1%, amid signs that the strength of the domestic economy remains intact.
— The Edge Markets

RHB sees greater local retail participation in 2H2018
RHB Investment Bank (IB) Bhd expects greater participation in the stock exchange by domestic retail investors in the second half of this year, after a period of macro and microeconomics uncertainties.
— New Straits Times

All the news that’s fit to fake
The Malaysian Parliament passed the Anti-Fake News Law a week ago on 2 April 2018, just in time for the 14th general elections (GE14) on 9 May.
— New Mandala

Destini, Felcra in joint venture to provide MRO services
Destini Bhd and Felcra Bhd today inked a memorandum of understanding (MoU) to provide, among others, maintenance, repair and overhaul (MRO) services for industrial facilities and equipment for the agriculture and related industries within Malaysia and the Asean region.
— The Sun Daily