By Stella-maris Ewudolu on September 3, 2018 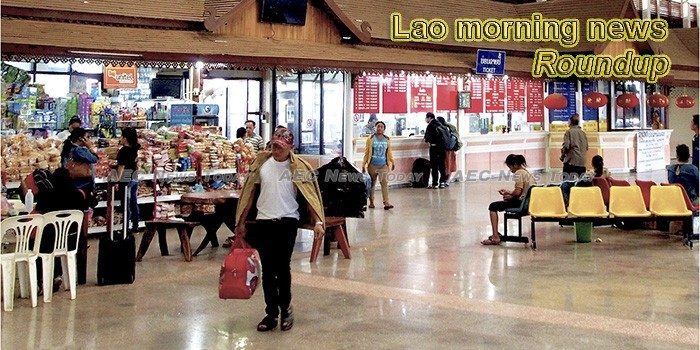 In China’s ‘Silk Road’ project, nations fear walking into ‘debt trap’
China’s massive and expanding “Belt and Road” trade infrastructure project is running into speed bumps as some countries begin to grumble about being buried under Chinese debt.
— Deccan Chronicle

Trade talks planned for Laos
Thai trade delegations are scheduled to attend a joint meeting with their Lao counterparts in Vientiane this week, aiming to raise bilateral trade to UScopy1 billion (360 billion baht) in 2021.
— Bangkok Post

Laos, Cambodia Forge Ahead With China On Digital TV Cooperation
Laos and Cambodia have vowed to continue cooperation with China in pushing ahead with the transition from analogue television to the Digital Terrestrial Multimedia Broadcast (DTMB) system.
— Lao News Agency

Lao Floods Leave Many Schools Closed at Start of New Term
Widespread flooding in Laos in recent weeks has blocked the start of the school year in the Southeast Asian country, with as many as 1,000 schools left unable to open by the Sept. 3 beginning of the new term, Lao sources say.
— ReliefWeb

Visa-free extension for Korea, exemption for Norwegian diplomats begins today
Citizens of the Republic of Korea visiting Laos can now stay in the country for up to 30 days without a visa, following an extension of the visa exemption scheme which comes into effect today.
— Vientiane Times

Hosts drawn with Philippines, Laos
Hosts Bangladesh were drawn in Group B along with Philippines and Laos for the fifth edition of the Bangabandhu Gold Cup football tournament, scheduled to start on October 1.
— Newage