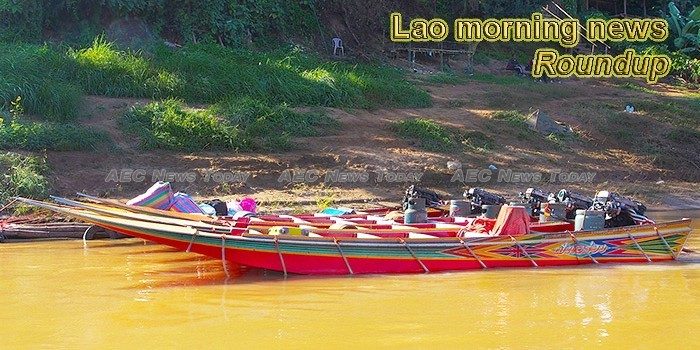 Laotian murder suspect admits to slashing the throats of three victims and a cat
A Laotian migrant worker has confessed to a gruesome murder of a 67-year old woman and her 12-year-old grand-daughter in Samut Prakarn after he was arrested while waiting for a ferry in Muk Daharn province to across the Mekong River to Laos, police reported on Monday.
— Thai PBS World

Bulding back better in Lao PDR
The aim of the 2030 Agenda and the Sustainable Development Goals is to advance development as well as protect previous gains.
— UNDP (blog)

Ken demonstration by Cambodia and Lao musicians @ CLA theatre on Sept 13
Dozens of Cambodian and Laos artists played the Ken, a musical instrument that’s made of bamboo, in front of Khmers and foreigners at the CLA Theatre, Phnom Penh on Thursday.
— Khmer Times