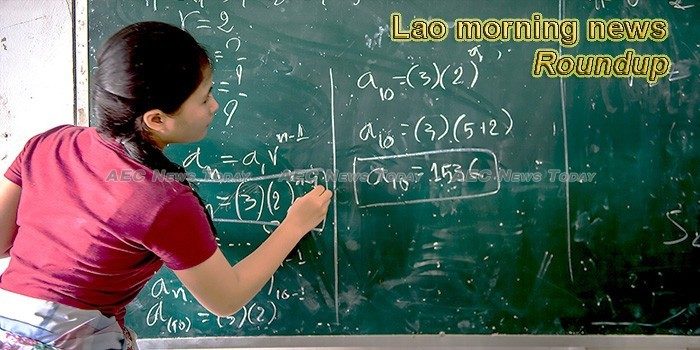 Inaugural Global Digital City Forum Opens The Digital World Gate With The “Golden Key”
In the past few days, digital technologies such as artificial intelligence, big data, and blockchain have become high-frequency words of the 20th China International Fair for Investment and Trade.
— KPL

Lao tax: Everyone who travels pays
Foreign travellers including Thai border pass holders are already paying the USD1 travel tax to cross the border between the Thai riverside town of Chiang Khong and Houay Xai in Laos.
— TTR Weekly

Laos, Luxembourg discuss future development cooperation
The governments of Laos and Luxembourg will continue to work closely in future for development in the country, especially in health, education, rural development and governance.
— Vientiane Times

Japan’s Order Of Rising Sun, Gold and Silver Star Conferred Upon NA’s Member
Chairman of the Cultural and Social Committee of the National Assembly Sompho
— KPL

When a dam bursts: How to mitigate risks
Access to early warning systems and timely information is key to minimising the adverse impacts of floods. Early warning together with information identifying at-risk areas will also improve the efficiency of the response
— The Himalayan

Vietnam Morning News For May 9