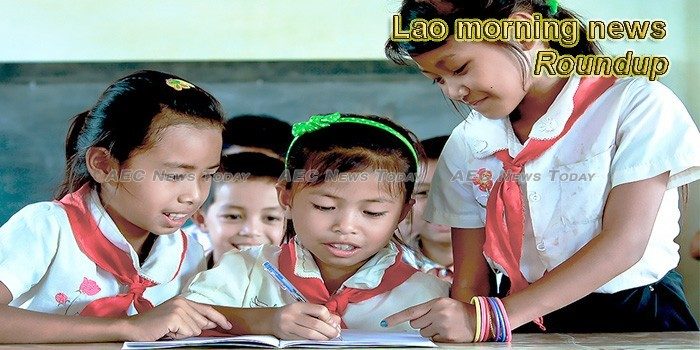 Japan, Mekong Leaders To Adopt New Strategy Centering On Connectivity
The leaders of Japan and five Southeast Asian nations along the Mekong River held a summit Tuesday in Tokyo with the aim of adopting a new three-year strategy to improve connectivity in the region through quality infrastructure building.
— Lao News Agency

Foreign owned hair salons face up to cuts as authorities act
Numerous hair salons operated or owned by foreign nationals in Vientiane have been ordered to shut down temporarily after authorities found them to be in breach of the related regulations.
— Vientiane Times

Laos lecturer’s lifelong devotion to health sciences
Dr Bounthome Samountry, 55, Vice President of the University of Health Sciences and Deputy Head of the Pathology Department is a lecturer who has spent more than half of his life studying and teaching Anatomical Pathology at the university and in neighbouring countries.
— Borneo Bulletin

World Day Against Death Penalty
Today the European Union and its Member States reaffirm their strong commitment for the global abolition of the death penalty.
— Lao News Agency

Thai-Lao Cuisine is a welcome addition to the food truck scene
Part of my love and appreciation for food comes from my grandmother — she loves food and has shared that love of food with me time and again.
— Smile Politely

Enduring deaf association support a reassuring sign
The Association for the Deaf (AFD) has confirmed that it will continue to develop sign language as a major part of improving the quality of life of deaf people in Laos.
— Vientiane Times

Asean countries assess progress of legal works
A meeting of the Asean Senior Law Officials (ASLOM) was held in Vientiane during October 9-10 for consultations on cooperation and to assess the progress of the body’s work.
— Vientiane Times

Upcoming e-Library expected to provide faster, more accessible information
A quick glance into the library and one might not see many people there.
— Vientiane Times

Taxpayers again take California fiscal hit
The LAO reports that this year, the Legislature was “faced with decisions over how to allocate $10 billion in discretionary general fund resources.”
— GopUSA