By Maria Mirasol Rasonable on August 1, 2018 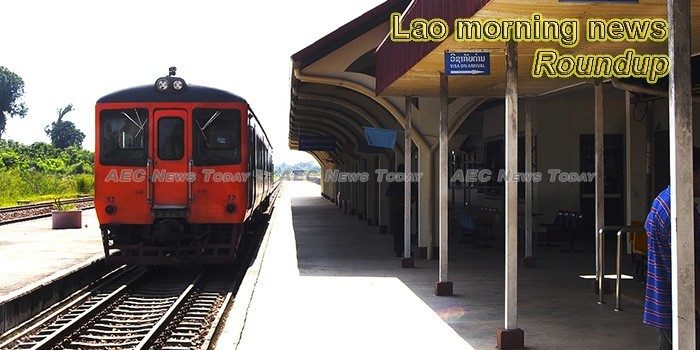 Visits take a tumble in Laos
Visitor arrivals to Laos took a 9% tumble during 2017 according to the Ministry of Information, Culture and Tourism.
— TTRWeekly

Bodies, mud and destruction: Rescuer describes bleak aftermath of Laos dam collapse
While most people ran away from the collapsed dam in southern Laos, Trairat Horasap rushed towards it.
— ChannelNewsAsia

EU Brings Relief To The Victims Of Xepian-Xe Nam Noy Dam Tragedy
The European Commission has mobilised EUR 200,000 (LAK 1.95 billion) in emergency relief for the families most affected by the collapse of a section of the Xepian-Xe Nam Noy hydropower dam in southern Lao PDR.
— Lao News Agency

Phuket called to rally donations for Laos flood victims
The Phuket Provincial Office has set up centre to receive donations for victims of the floods in Laos.
— PhuketNews

Heat-detection, forensic assistance accepted in Sanamxay flood response
Authorities in charge have accepted Singapore’s proposal to send a rescue team with heat-detecting drone technology in an attempt to locate alive any of the 120 people still missing after the July 23 flooding in Attapeu province’s Sanamxay district resulting from a dam collapse.
— Vientiane Times

Thai team helping Laotians affected by dam disaster to cope with mental health issues
The dam collapse in Laos’s Sanamxai province has caused stress to 156 Laotians, including 13 with a tendency to harm themselves, according to mental-health checks carried out by a Thai team from July 28-30.
— The Nation

Weary rescuers head homeward bound with nation’s gratitude
The number of confirmed fatalities remained at 11 as of yesterday’s conclusion of the ground search and rescue mission on day eight following the devastation caused by floodwaters from the failure of the saddle dam D at the provinces under-construction Xepian-Xenamnoy hydropower plant.
— Vientiane Times

Cambodia Floods Not Caused by Lao Dam Failure: MRC
Reports by the Mekong River Commission (MRC) show that the floodwaters from the Lao dam collapse didn’t have a major effect upon Cambodia when compared to ordinary rainfall.
— The Laotian Times

Vaccination drive at Attapeu’s flood relief shelters gets a push
Some 2,979 cases of illness from dysentery, pneumonia, athlete’s foot and respiratory problems have been reported.
— Vientiane Times

Teams join painstaking search for Sanamxay’s missing folk
Additional rescuers from abroad have been deployed to expedite the search for 120 people that remain missing after a saddle dam collapsed, flooding villages in Sanamxay district of Attapeu province on July 23, the committee in charge has announced.
— Vientiane Times

Chinese Government Hands Over Relief Aid For Flood Victims In Attapeu
Ambassador expressed at the signing ceremony his deepest sadness for the flood victims and expressed sympathy to their families, and his belief that under the strong leadership of the Party and government of the Lao PDR, the Lao people who are encountering the disaster will be able to overcome the ordeal and restore normal livelihoods and living conditions in the near future.
— Lao News Agency

Landslide risk a reality as rainy skies, downpours persist
Motorists are warned to take care and pay extra attention and drive safely at a lower speed appropriate to conditions while keeping their eyes open for ongoing road damage as well as respective authorities’ response and repairs.
— Vientiane Times