Indonesia Morning News For May 7 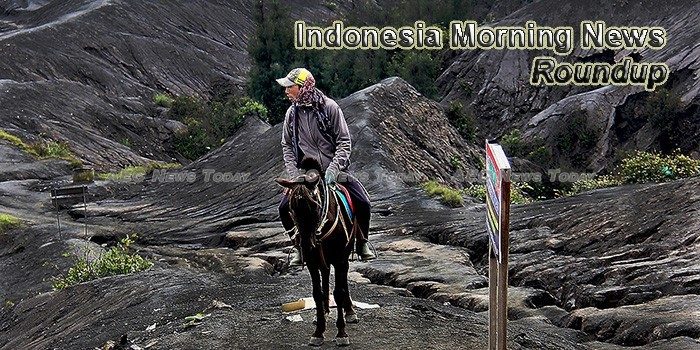 Light rail line construction completed in Asian Games host city
Construction of a light rail transit (LRT) line in Palembang, a city in southern Sumatra that will co-host the 2018 Asian Summer Games, is complete and testing will begin this month, a top city official said on Saturday.
— Bangkok Post

Gorontalo Reduces Stunting Rate to 24 Percent, Village Minister: The Biggest Worldwide
Government of Gorontalo Regency is able to reduce the number of stunting or stunted growth by half from previously 40 percent.
— Netral News

Anies to increase taxes on Jakarta golf courses
Jakarta Governor Anies Baswedan said on Saturday that he would revoke the citywide golf course tax discount, saying that such a provision is inappropriate for an expensive sport.
— The Jakarta Post

Indonesia Employs Blockchain Technology To Improve Data Management
Blockchain technology is not designed just for financial transactions; it could also be used to protect and simplify the management of valuable information, making it easy for any sector in a country to access, utilize, and secure the data.
— ZyCrypto

Analysis: Shaping the future of RI with industry 4.0
Indonesia’s industry has come a long way — from the historical handloom sector to today’s automated robotics in manufacturing.
— The Jakarta Post (paywall)

Beenext-backed Indonesian P2P lender Amartha targets to raise Series B round by June
Indonesian peer-to-peer lending platform Amartha has revealed that it is currently in talks with investors to raise a series B round of funding which is expected to be closed in the second quarter of this year.
— Deal Street Asia (paywall)

Around the world: Indonesia offers solutions to OIC
Deputy Foreign Minister AM Fachir conveyed several proposals to the Organization of Islamic Cooperation (OIC) ministerial meeting in Dhaka on Sunday, the Foreign Ministry said in a statement.
— The Jakarta Post (paywall)