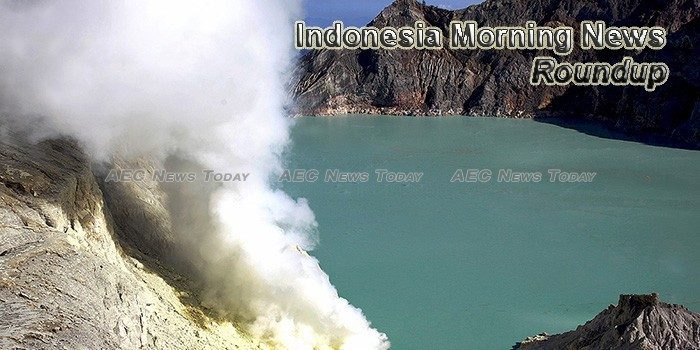 Ahok to stay in jail as Indonesia court rejects appeal
Indonesia’s Supreme Court has rejected an appeal by the Christian ex-governor of Jakarta to review his conviction for insulting Islam, a court spokesman said on Monday, so the politician will serve out his two-year sentence.
— The Edge Markets

Democracy takes a step back in Indonesia
Twenty years after the fall of president Suharto’s authoritarian regime, Indonesians are waking up to the fact that new laws which have either been passed or are under consideration threaten to erode the hard-fought concepts of freedom of speech and expression.
— Asia Times

Commentary: In Indonesia, a highly combustible political atmosphere until presidential election
The year 2018 will be an eventful year for Indonesian politics. In June 2018, 171 regional areas will simultaneously take to the polls to elect new mayors, regents and governors.
— Channel NewsAsia

Indonesia to cut distribution of low-octane fuel to address air quality during Asiad
Indonesian authorities have issued an official order to expand use of higher octane fuel during the upcoming Asian Games (Asiad) so as to address the air quality in cities hosting the sports event, an official at Indonesia’s oil and gas firm Pertamina said here on Monday.
— Xinhua

Data expert shortage hurts Indonesia
DATA scientists are in high demand by companies around the world, but in Indonesia, the high demand is met with by a shortage of talent.
— The Nation

The EU’s war on palm oil
There is a trade war shaping up between ASEAN’s palm oil producing nations and the EU. The Malaysian Palm Oil Association (MPOA) is lobbying the government to halt trade deal negotiations with the bloc.
— Asean Today

Pertamina to import EURO IV gasoline prior to Asiad, IMF-WB Meeting
State-owned energy giant Pertamina is set to import EURO IV gasoline to comply with the government’s mandate to boost the air quality of several regions prior to the 2018 Asian Games (Asiad) in August and the annual meeting of the International Monetary Fund (IMF) and World Bank in October.
— The Jakarta Post

Tourist Attraction in Indonesia Rips Off Chris Burden, Yayoi Kusama, and Museum of Ice Cream
A new tourism park in Indonesia aiming to be a destination for selfies is under fire for its attractions that copy widely recognized contemporary artworks.
— Hyperallergic