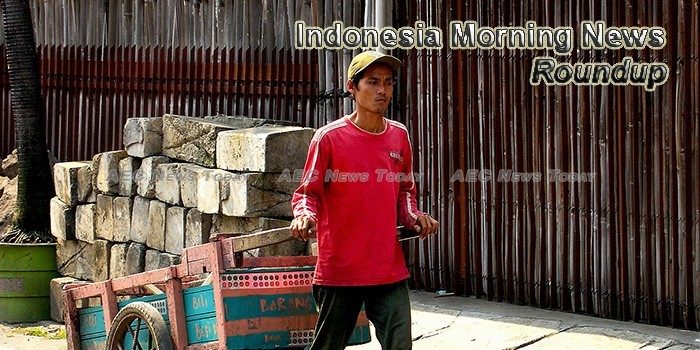 BI to Fine Rp300mn for Unlicensed Foreign Banknotes Carrier
Bank Indonesia or BI will give a fine of up to Rp300 million for individuals or unlicensed corporations that are carrying foreign banknotes cross-customs with a value of at least or equivalent to Rp1 billion.
— Tempo.co

Indonesia eyes fintech regulation to avoid ‘loan shark-like’ practices
Indonesia’s financial regulator said it was considering setting a cap on interest rates and the size of loans offered by fintech firms, in a move aimed at minimizing the risk of defaults.
— The Star Online

President issues regulation to eradicate money laundering, terrorism
President Joko Widodo has issued a Presidential Regulation No.13 Year 2018 on the Prevention and Eradication of Money Laundering and Terrorism, the information center of the Cabinet Secretary said here, Tuesday.
— Antara News

Indonesian Art Piece to be Exhibited in World Bank HQ
Finance Minister Sri Mulyani admits that she is proud of the fact that a mural art piece made by Indonesian artists will be exhibited in the upcoming World Bank-International Monetary Fund annual spring meeting in Washington DC.
— Tempo.co

Indonesia, Rusia in agreement over two-state solution
Indonesia and Russia agree that the only peaceful answer for the Palestinian-Israeli conflict is a two-state solution, as top diplomats from the two countries met for talks on various issues on Tuesday.
— The Jakarta Post

IDX Prepares New Regulation to Simplify IPO for Oil, Gas Companies
The Indonesia Stock Exchange (IDX) is preparing a new regulation that could simplify oil and gas companies to obtain funding from the capital market through initial public offering or IPO. If there is no obstacle, this regulation can be officially launched in the third quarter of 2018.
— Netral News

Indonesia President Joko Widodo buy a majority stake in Freeport-McMoRan Inc. (NYSE:FCX)
Indonesia President Joko Widodo has instructed his administration to complete negotiations over the purchase of a majority stake in Freeport-McMoRan Inc. (NYSE:FCX)’s local unit by the end of April, a cabinet minister said late on Monday.
— Benchmark Monitor

Indonesia`s first-quarter growth to exceed 5.01 percent: BI
Bank Indonesia (BI) Governor Agus Martowardojo believes that the national economy will grow above 5.01 percent in the first quarter of 2018 or higher than the growth in the same period of 2017.
— Antara News