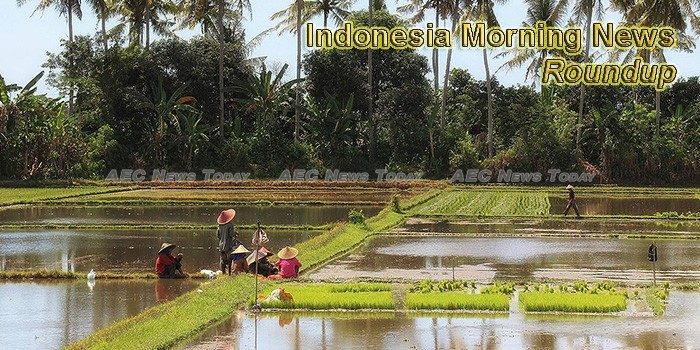 Jakarta Spends Rp8 billion for Decoration of 2018 Asian Games
akarta head of Urban Plantation Management Unit (UPPTP) Yati Sudiharti said that part of the Rp8.1 billion procurement for the city’s plants and decorations are used for the 2018 Asian Games.
— Tempo.co

Indonesia to impose excise tax on liquids for e-cigarettes
Indonesia will impose an excise tax of 57 percent on tobacco essences used for electronic cigarettes starting July 1 as part of efforts to curb consumption of tobacco products, a senior official said late on Monday.
— Reuters

Orangutan forest being logged despite Indonesian govt vow
Environmentalists say a tropical forest that’s home to critically endangered orangutans on Borneo island is being logged more than a year after Indonesia’s forestry and environment ministry ordered a halt to the forest’s exploitation.
— Bangkok Post

Indonesia plans to raise diesel subsidies four-fold
INDONESIA plans to quadruple its diesel subsidies to keep prices for the fuel unchanged through 2018 in spite of high global oil prices and a weak rupiah, the finance minister said on Tuesday.
The Business Times

BI: Capital Inflows Reach IDR13 Trillion after Benchmark Rate Hike
Bank Indonesia (BI) stated that the policy of raising the benchmark rate by up to 50 basis points brings a positive influence on the flow of foreign capitals or capital inflows.
— Netral News

Giant gold mine spewing waste into river becomes a battleground in Indonesia
Every year, Freeport-McMoRan Inc. dumps tens of millions of tons of mining waste into the Ajkwa River system in Indonesia.
— The Peninsula Qatar

Govt Agrees on 2019 Macro Assumptions; Sets Moderate Targets
The government and the House of Representatives (DPR) Financial Commission agreed on the macro assumptions and development target for the 2019 State Budget Draft. The targets were set during a work meeting on Tuesday, June 5.
— Tempo.co

Village Minister: Next Year Village Funds to Increase to IDR73-80 Tln
The village funds as of this year amount to IDR60 trillion. There is a discourse for the government to raise it in 2019 to IDR73-80 trillion.
— Netral News

Indonesia’s coming digital disruption
INDONESIA’S digital economy is set to boom, helping its overall economy expand from US$1 trillion in 2017 to US$2.7 trillion by 2027.
— The Business Times

Nigeria, Indonesia sign pact to boost SMEs
The Federal Government has agreed to work together with the Indonesian government on the development of science and technology to strengthen Small and Medium Enterprises (SMEs) and produce products that can compete both at local and foreign markets.
— The Sun

Status Of 19 Volcanoes Around Indonesia Raised To “Caution”
The statuses of 19 volcanoes throughout the country have been raised to waspada (caution), the second-highest level.
— Indonesia Expat