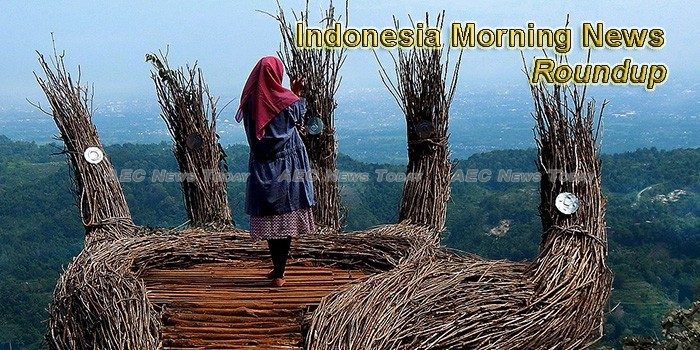 Indonesia Hopes to Flex Diplomatic Muscle With Security Council Seat
Indonesia has been chosen as one of five non-permanent members of the United Nations Security Council after a competitive bidding process, inaugurating what is likely to be a period of greater diplomatic and geopolitical activity for the world’s fourth largest country.
— Voice of America

Why is Indonesia considering joining the TPP?
The possibility of Indonesia joining the 11-nation Trans-Pacific Partnership agreement (TPP) is back under the spotlight.
— Asean Today

Indonesia takes a bite out of food waste one wedding at a time
In the slums of Jakarta, Indonesia’s poor are getting a taste of how the other half live thanks to a new programme that aims to take a bite out of its mammoth food-waste problem.
— Channel NewsAsia

Crowdsourcing terror in Indonesia
The term ‘crowdsourced terrorism’, whereby IS outsources the conduct of attacks to its followers and attempts to attract them to Syria, first emerged in 2014.
— East Asia Forum

Vape Subject to 57-percent Excise Beginning July 1
Vape will now be subject to a 57 percent excise by the Customs Directorate General of the Finance Ministry beginning July 1 2018.
— Netral News

There’s Tremendous Human Suffering Behind Our Food. It’s Time to End It.
Melati,* a worker in an Indonesian factory, was trained to peel 600 shrimp in one hour—one every six seconds. But she could never meet this target.
— Civil Eats

Jakarta Police Set New Requirement for Driver’s License Issuance
People willing to create or renew their driver’s licenses (SIM) in the capital will be required to submit the results of a psychology test to the police.
— Tempo.co

A PROPOSED GOLD MINE IN INDONESIA COULD HAVE A CATASTROPHIC ENVIRONMENTAL IMPACT
Environmental officials have warned of the potentially catastrophic impact of a planned gold mine in a conservation zone in eastern Indonesia, amid mixed signals from the district chief responsible for approving the project.
— Pacific Standard

Police sweep snake habitat to prevent further attacks by man-eating pythons
Muna Police in Southeast Sulawesi have teamed up with locals to prevent another python attack in Muna regency, after a resident’s body was found inside the belly of a 7-meter python last week.
— The Jakarta Post

Free Entry To Ancol On June 25 To Commemorate Jakarta’s Anniversary
In a bid to enliven Jakarta’s 491st anniversary on June 22, the management of Taman Impian Jaya Ancol (Ancol Dreamland Park) in North Jakarta will allow visitors to enter the premises for free on June 25.
— Indonesia Expat