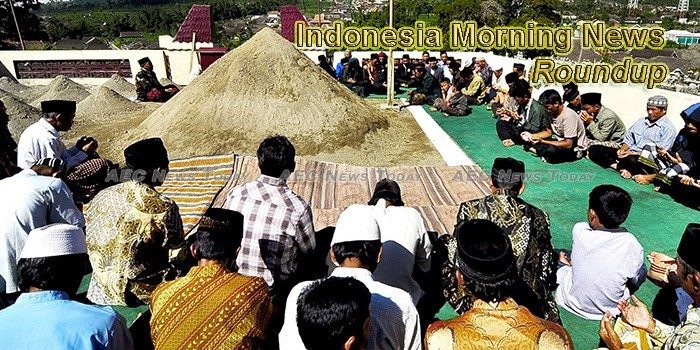 Indonesia sneaks up on Singapore with flurry of port projects
It may not look like much right now, but an 1,800-hectare tract of land on the eastern edge of Java symbolizes Indonesia’s future.
— Nikkei Asian Review (paywall)

Inflation to reach 0.20 to 0.25% in June: Economic chief
Coordinating Economic Minister Darmin Nasution has estimated that inflation will reach 0.20 to 0.25 percent in June, due to controllable prices of staple foods during the Ramadhan fasting month and ahead of the Idul Fitri holiday.
— The Jakarta Post

Indonesian Government revokes controversial cabotage legislation
Following pressure from various stakeholders, the Indonesian government has revoked Ministry of Trade Regulation No. 82/2017 on the Utilisation of Indonesian Sea Carriage and Insurance for Export of Certain Goods (“Regulation 82”), which was approved in October 2017.
— Lexology

‘Mudik’: Indonesia’s annual mass exodus
In the lead up to the Idul Fitri holiday, which concludes the month-long fasting month of Ramadhan, Jakarta’s streets will be relatively empty.
— The Jakarta Post

Indonesia’s President Joko Widodo may face multiple rivals in re-election bid
It’s the annual “quiet time” in Jakarta after the exodus of millions from the capital to their hometowns across Indonesia to celebrate the end of Ramadan tonight.
— The Straits Times (paywall)

Indonesian Students Turn Plastic Waste Into Clean Energy
Before Indonesia sinks in its own notoriously mismanaged plastic waste, young researchers from Gadjah Mada University are trying to save the day by transforming it into energy.
— Jakarta Globe

Garuda pilots renew threat, plan to strike in July
National flag carrier Garuda Indonesia Pilots’ Association (APG) and workers union (Sekarga) have renewed their threat to strike, saying they would do so in the second week of July — the deadline for the company and the government to meet their demand.
— The Jakarta Post

117,000 indonesian voters in singapore being verified for 2019 election
The Singapore Voters Registration Committee is currently conducting verification of 117 thousand Indonesian citizens for the right to vote in the country for the 2019 general elections.
— Antara News

KPU defends regulation on banning corruption-tainted candidates
The General Elections Commission (KPU) has defended its stance not to allow ex-corruption, drugs and sexual assault convicts to run in the 2019 legislative election, despite receiving pushback, including by the Law and Human Rights Ministry.
— The Jakarta Post

Apartment Market Grows Consistently in This Month of Ramadan
In this month of Ramadan, the traditional national property market has declined, except for apartments that are in great demand by millennials.
— Netral News