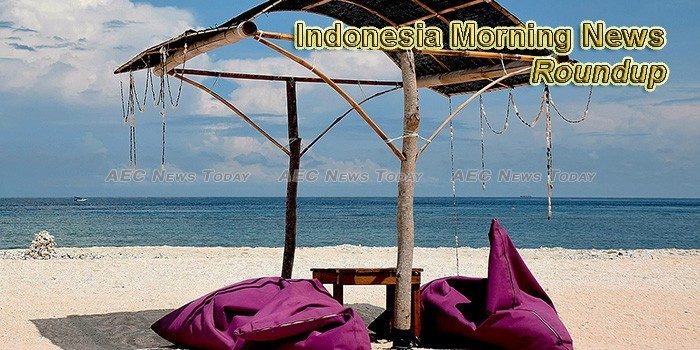 Malaysia, Indonesia to launch manhunt for missing UMNO division chief Jamal Yunos
Malaysian and Indonesian authorities will launch a joint manhunt to locate Jamal Yunos, a division chief from the United Malays National Organisation, who has been missing since May 25.
— Channel NewsAsia

Pertamina to supply 4.3 million kl of Premium in three regions
The government plans to allocate at least 4.3 million kiloliters of Premium-brand gasoline in Java, Madura and Bali until the end of the year, in line with President Joko “Jokowi” Widodo’s instruction to ensure that the cheapest gasoline was available until 2019.
— The Jakarta Post

Indonesian group buys 2 floors at Singapore’s Octagon for S$30.3 million
AMID green shoots of recovery in the strata office market, a few whole-floor deals have surfaced recently in the Central Business District.
— The Business Times

Indonesia targets illegal fishing vessel owners under new bill
The owners of ships engaged in illegal fishing in Indonesia could finally face criminal justice under proposed amendments to the country’s fisheries law, as the government seeks to foster a sustainable industry in one of the world’s richest fisheries.
— Mongabay

Indonesia Set to Lift Ban on Sending Migrant Workers to Middle East
Indonesia is set to start sending workers to the Middle East once more as it considers lifting a 2015 ban, an official said.
— Jakarta Globe

Bali to host XBlockchain Summit in the lead-up to IMF-World Bank annual meeting
A gathering of world leaders in blockchain technology and cryptocurrencies is assembling this October 09-10 in one of the world’s most popular destinations – Bali.
— AEC News Today/ PR Newswire

Digital AI helps govt block 3,195 radical posts
The Communications and Information Ministry has said it has blocked at least 3,195 radical postings on social media since May 21 that were identified by its artificial intelligence (AI) software.
— The Jakarta Post

Jokowi’s Growth Dream Fades as Indonesia Seeks Stability Instead
Indonesia has now all but given up on the economic growth target set by President Joko Widodo when he swept to power four years ago.
— Bloomberg

India and Indonesia are growing the blue economy
The blue economy is a concept that applies to the sustainable use of ocean resources for economic growth, improved livelihoods and jobs, as well as overall ocean ecosystem health.
— The Asean Post

Indonesia, vietnam establish cooperation in construction
Indonesia and Vietnam have established cooperation with regard to construction and property and will organize a joint business forum in the two fields, the Indonesian Embassy in Hanoi said in a press release received in Jakarta on Thursday.
— Antara News

Indofood Distributes Dividends of IDR237 per Share
PT Indofood Sukses Makmur Tbk (IDX:INDF) for the fiscal year 2017 decides to pay out cash dividends amounting to IDR2 trillion according to the resolution in the Annual General Meeting of Shareholders (AGMS) held today.
— Netral News

Govt proposes to remove ‘same sex’ from bill on fornication
The Indonesian government will remove the phrase “same sex” from the article on fornication in the Criminal Code (KUHP) bill.
— The Jakarta Post