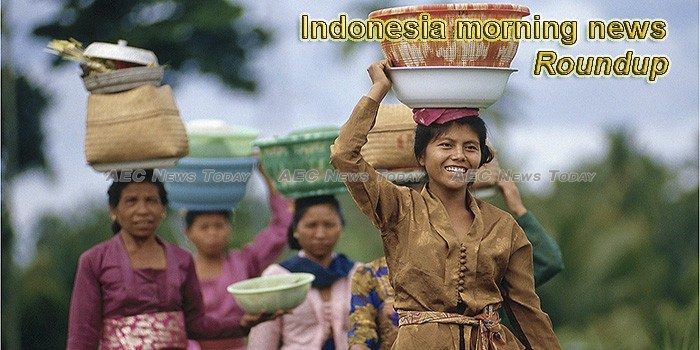 Death Toll in Lombok Quake Rises to 16
The death toll from the 6.4-magnitude earthquake that rattled Lombok island on Sunday morning rose to 16 as of 08:00 p.m. local time, according to the West Nusa Tenggara Provincial Disaster Mitigation Board (BPBD).
— Tempo.co

Gov’t Declares State of Emergency After Powerful Lombok Quake
The government has declared a three-day state of emergency after a 6.4 magnitude earthquake killed at least 14 people, including a Malaysian tourist, on Lombok Island in West Nusa Tenggara on Sunday morning (29/07).
— Jakarta Globe

SpaceX to launch Indonesian communications satellite next weekend
The Space Coast will host yet another early morning launch next weekend when a SpaceX Falcon 9 rocket blasts off from Cape Canaveral, marking the fourth mission in a row targeting a pre-dawn liftoff.
— ClickOrlando.com

Government to revoke coal price cap policy
The government plans to revise its domestic market obligation (DMO) on coal price next week during a high-level meeting with President Joko “Jokowi” Widodo, with among considerations being to increase state revenue from coal, the efforts of which are currently hampered because of the formula.
— The Jakarta Post

Inside Indonesia’s secret school for the children of terrorism
With a neatly organised box of pencils, an eight-year-old girl sits at her school desk, carefully colouring in pictures of animals.
— ABC News

Fifteen PNG citizens escape from Indonesian prison
A GROUP of 15 Papua New Guinea citizens, including two women, serving terms in an Indonesian prison for drug-related offences are on the run, police say.
— The National

Prabowo Goes Against BPS, Claims Poverty Increased by 50 Percent
Gerindra Party Chairman Prabowo Subianto recently said that Indonesia’s poverty rate within the last five years has gone from bad to worse and claims that half of the country’s wealth is only felt by a small group of people.
— Tempo.co

Liverpool strengthens trade links with Indonesia
Liverpool has strengthened its ties with Indonesian twin city Surabaya and aims to forge stronger links, particularly in the maritime and creative industries sectors.
— The Business Desk

Indonesia Morning News For May 17