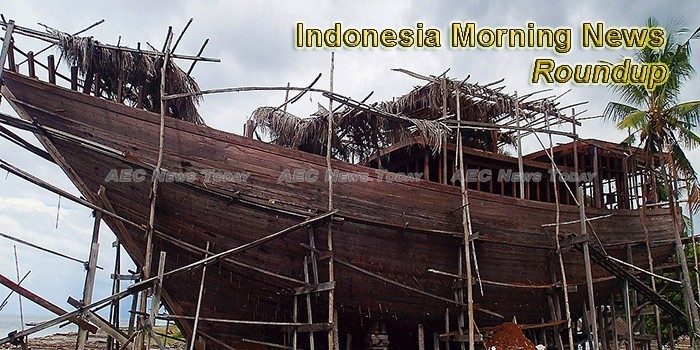 Indonesia Estimated to Have US$1 Bln Surplus in Foreign Trade
Bank Indonesia (BI) Governor Perry Warjiyo said he estimated the country was favored with a surplus of US$1 billion in its foreign trade in June, larger than previous prediction of US$900 million.
— Antara News

Avanti to Receive $20 Million Arbitration Award from Indonesia
U.K. satellite operator Avanti Communications is set to receive more than $20 million from the Indonesia government in August as the result of a legal action it brought against the nation in the London Court of International Arbitration.
— Via Satellite

Indonesia To Set Up New Economic Centers Outside Of Heartland Java
Indonesia will extend its portfolio of economic growth centers beyond the economic heartland of Java, national development planning minister Bambang Brodjonegoro said, adding that the government was committed to creating those centers in its effort to reducing economic disparities between Java and other regions.
— Investvine

U.S. Wants Abolition of Import Barriers on its Goods
The U.S. government demands abolition of restriction both tariff and non tariff barriers on its goods imported into Indonesia if the country wants the United States to keep the generalized system of preferences (GSP) facility for a number of Indonesian goods.
— Antara News

Philippines pips Indonesia as May’s top bulk Aus wheat destination
THE Philippines was Australia’s largest bulk wheat market in May, taking 306,483 tonnes out of a total shipped for the month of 1.26 million tonnes (Mt), up slightly from the April total of 1.25Mt, according to the latest export figures from the Australian Bureau of Statistics (ABS).
— Grain Central (blog)

BCA yet Reveals Identity of soon-to-be Acquired Banks
PT Bank Central Asia Tbk (BCA) will acquire two small banks in accordance with the direction of banking regulator. The certainty of this process will be announced in September 2018.
— Netral News

Tax Collection Improves, but Not Enough to Meet 2018 Target
Indonesia, long weak in tax collection, is collecting significantly more this year than in 2017, but still will fall short of the 2018 target, the tax office chief said on Tuesday (11/07).
— Jakarta Globe

Living a double life: Indonesia’s atheists fear jail or worse
As a university student, Luna Atmowijoyo prayed five times a day, refused to shake hands with men who weren’t relatives and was “more fundamentalist” than her pious Muslim parents.
— The Straits Times

US-China Trade War Will Affect Regional Economies: Minister
Regional economies in Indonesia will be affected if the United States suspends its special tariffs for some of the country’s exports, a minister said on Tuesday (10/07).
— Jakarta Globe

Family planning still not seen as human right in Indonesia
As the world commemorated the 50th World Population Day on Wednesday, the United Nations chose “family planning is a human right” as this year’s theme.
— The Jakarta Post (paywall)