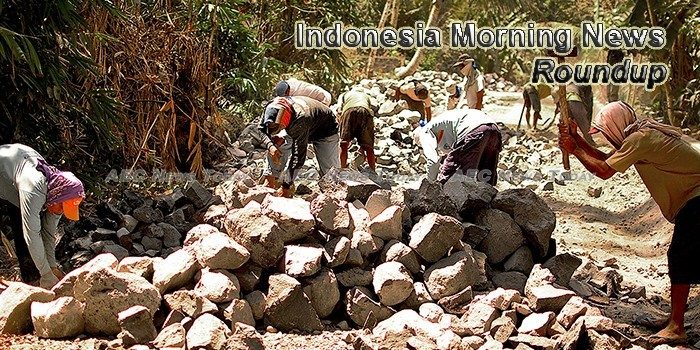 Energy subsidy swells to Rp 97.6 trillion: Sri Mulyani
The government spent an additional Rp 7.7 trillion (US$ 539 million) on energy subsidies in 2017 due to the increasing global price of crude oil in recent months, according to Finance Minister Sri Mulyani Indrawati.
— The Jakarta Post

Three new airport trains to operate this year: Minister
After the inauguration of the airport train in Jakarta by President Joko “Jokowi” Widodo on Tuesday, the government plans to operate airport trains in three other cities – Padang in West Sumatra, Palembang in South Sumatra and Surakarta in Central Java.
— The Jakarta Post

Domestic factors cause rupiah`s strengthening: BI
The rupiah strengthened against the US dollar at the start of 2018 thanks to the improving domestic economy, Bank Indonesia (BI) Governor Agus Martowardojo said.
— Antara

Indonesia economy hits trillion-dollar milestone
Indonesia’s economy, the largest in South-East Asia, hit a milestone last year by reaching US$1 trillion, yet the mood wasn’t celebratory as the government continued to miss its revenue targets.
— The Star Online

Government seeks to lower poverty rate to below 10 percent this year
The National Development Planning Agency (Bappenas) has set itself the target of lowering poverty rate to less than 10 percent of the total Indonesian population this year.
— Antara

From the entrepreneur’s desk: Thank you 2017, thank you Tiket.com
2017 has been a great year for me and my family. There are a lot of huge milestones I have achieved in 2017, but the ultimate milestone for me was the acquisition of Tiket.com by Blibli.com, a Djarum company.
— DealStreetAsia

BPJT Set on Raising Tariffs of Six Toll Roads Soon
Herry Trisaputra Zuna, Head of Toll Road Regulatory Agency (BPJT) at the Ministry of Public Works and People’s Housing, says the agency’s plans to increase the tariff of six toll roads will be realized in the near future, so the new tariff can be implemented this year.
— Netral News

Govt Pegs Clean Energy Investment Target at Rp32tn
The Energy and Mineral Resources Ministry is targeting investments in the clean energy sector to reach Rp32 trillion this year. The value is almost twice as much as last year’s actualized investment of Rp17.6 trillion.
— Tempo

Bali`s Target for Tourist Arrivals Set 1 Million Higher in 2018
The provincial administration of Bali has set target for the number of foreign tourist arrivals at 6.5 million in 2018.
— Tempo

Pertamina to Drill 69 Wells in Mahakam
Pertamina will drill 69 wells at the Mahakam block in East Kalimantan this year. The drilling is aimed at curbing the declining rate of production.
— Tempo