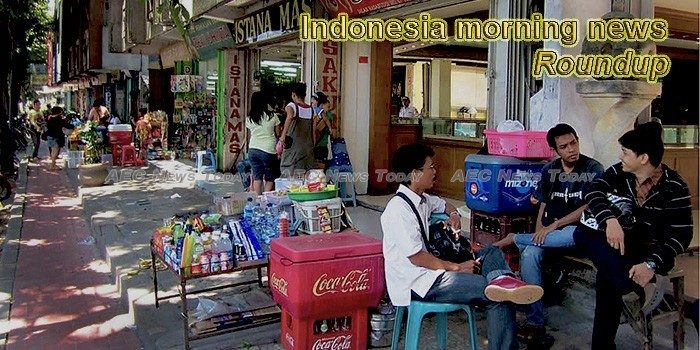 Lombok earthquake deaths rise to 387: Aid yet to reach all affected (video)
The death toll from a series of earthquakes on and around the eastern Indonesia island of Lombok has risen to 387, with authorities expecting that number to increase in the coming days.
— AEC News Today (video)

Lombok earthquake video special – 30 quakes rock island in 10 days
Earthquakes continue to rock the eastern Indonesia island of Lombok with more than 340 people reportedly dead, while poor infrastructure is frustrating efforts to get relief to isolated communities in the centre and highlands of the island.
— AEC News Today (video)

Google Indonesia eyes 10 million SME partners by 2020
Google is eyeing 10 million small and medium enterprises (SMEs) in Indonesia to avail themselves of its business services by 2020.
— The Jakarta Post

Indonesia all set for the Asian Games
Having taken on the responsibility for hosting this year’s Asian Games after Vietnam pulled out, Indonesia says it’s ready for the sporting expo starting next week.
— The Thaiger

Death by plastic waste
Humanity’s enduring love affair with plastic, a love more pronounced in the Southeast Asian region, has claimed another victim.
— The Asean Post

Indonesia, Malaysia team up to develop local car brand
Indonesia and Malaysia have reached a deal on a joint venture to produce the first fully local-made Asean vehicle for domestic use.
— The Star Online

M’sia, Indonesia to set up special desk to cut investment bureaucracy
Malaysia’s Ministry of International Trade and Industry (Miti) and the Ministry of Rural, Disadvantaged Regions and Transmigration of Indonesia (KDPDT) have agreed to establish a special desk to facilitate all administrative matters related to investment by companies in both countries.
— Malaysiakini

Garuda Provides 25% Discount on Indonesian Independence Day
Garuda Indonesia provides ticket discount up to 25 percent for its customers as a form of appreciation to celebrate the independence day, the 73rd anniversary of the Republic of Indonesia.
— Tempo.co

Bank Indonesia to Keep Current Account Deficit Below 3 Percent
Bank Indonesia said it is confident it would be able to keep the country`s current account deficit below 3 percent by the end of this year.
— Tempo.co