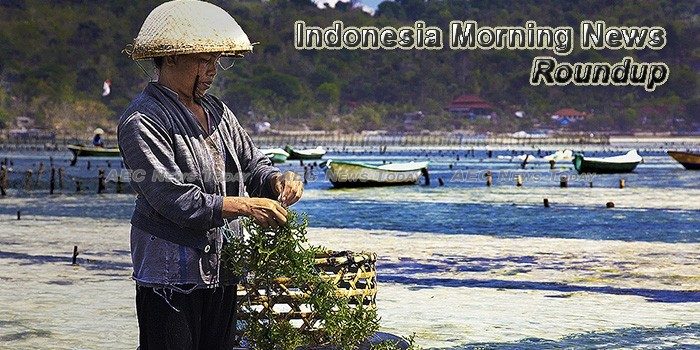 PLN to get additional LNG supply of 2.85m tons from Tangguh plant
State-owned electricity firm PLN is set to get an additional liquefied natural gas (LNG) supply of 2.85 million tons per year once the Train 3 of the Tangguh LNG plant in West Papua begins commercial production in the second quarter of 2020.
— The Jakarta Post

Borneo oil spill: Fishermen and environmentalists concerned over spread of slick
An Indonesian oil company has denied responsibility for a major oil slick off the coast of Borneo, which appears to be spreading and contaminating new stretches of coastline and local fisheries.
— ABC News

Indonesia threatens to shut down Facebook
An Indonesian cabinet member has threatened to shut down Facebook if there is any evidence the personal data of citizens is being harvested or the social media giant fails to crack down on “fake news” during upcoming elections.
— The Sydney Morning Herald

Indonesian palm oil farmers may get US$2-billion boost
Nearly US$2 billion could be diverted from a fund that supports palm oil companies in Indonesia and used instead to improve the lot of palm farmers.
— UCA News (media release)

BI Signals to Maintain Benchmark Rate
Bank Indonesia (BI) said it will not give room to re-lower the benchmark interest rate or 7-day Reverse Repo Rate which is currently at the level of 4.25 percent. Although globally interest rates tend to rise, in the near future BI also ensures not to follow the trend by also raising the benchmark rate.
— Netral News