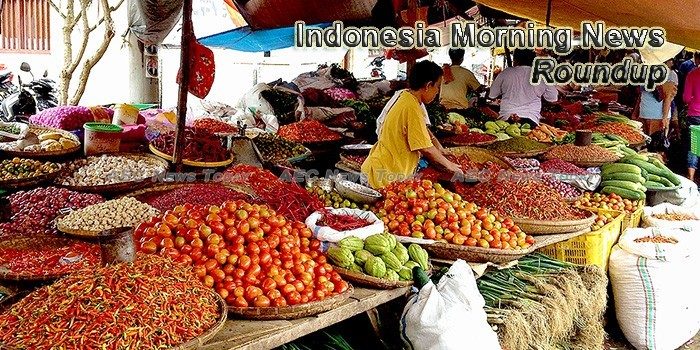 Indonesian president turns to populist policies ahead of tough 2019 election
Soon after taking office in 2014, Indonesian President Joko Widodo made a landmark decision to cut subsidies on politically sensitive fuel prices to boost the economy, but a year out from a tough re-election campaign, his reformist zeal may be waning.
— Free Malaysia Today

Indonesia: Future Halal Market Hub
Indonesia is the world’s largest Muslim majority country. Over 88 percent of Indonesia’s population is Muslim, and the country is well positioned to be a hub for Halal products in Southeast Asia.
— Asean Briefing

Indonesia hits back over Freeport’s Grasberg mine environmental claims
The Indonesian government has hit back at suggestions that tough new environmental regulations imposed on the giant Grasberg copper mine are politically motivated, or related to the partial-nationalisation of the mine.
— The Sydney Morning Herald

Islamic hardliners suspect photo of their meeting with Jokowi was leaked by his staff
Despite President Joko Widodo standing strong in the polls while his potential (though still far from certain) 2019 election rival Prabowo Subianto sinks, he will still have to stave off many challenges to ensure his chances at re-election.
— Coconuts Jakarta

Odds of Indonesia rate hike increase as currency tumbles
With Indonesia’s central bank failing to stem the slide in the currency to a two-year low, bets of a rate hike are increasing, triggering a selloff in the nation’s stocks and bonds.
— Bangkok Post

Six Cities in Indonesia to Host Second Anti-Corruption Film Festival
Riding on the success of its short film competition last year, Indonesia’s Supreme Audit Agency is back with its second anti-corruption film festival, the “Festival Film Kawal Harta Negara,” or “Safeguard the Country’s Riches Film Festival” – FFKHN for short – to be held in six cities in Indonesia from April 24 to July 31.
— Jakarta Globe

Slow progress in the fight against child labour in Indonesia
On 26 October, Putri and Surna went, as they did every day, to the fireworks factory where they worked in Tangerang, on the outskirts of Jakarta, the capital of Indonesia.
— Equal Times

Indonesian president turns to populist policies ahead of tough 2019 election
Soon after taking office in 2014, Indonesian President Joko Widodo made a landmark decision to cut subsidies on politically sensitive fuel prices to boost the economy, but a year out from a tough re-election campaign, his reformist zeal may be waning.
— Reuters

Indonesian embassy in Saudi Arabia helped domestic workers collect IDR40 billion in unpaid salaries last year
Although the Indonesian government banned domestic workers from working to Middle Eastern countries in 2015 due to the overwhelming number of stories about employers abusing them, there are still many Indonesians working in Saudi households who either arrived before the ban or came to work there illegally.
— Coconuts Jakarta

Commentary: Finding common ground in Indonesia-EU palm oil spat
Indonesia is currently at loggerheads with the European Union over the palm oil trade, which looks as though they might be headed toward a trade war.
— The Jakarta Post (paywall)

Indonesian MPs vote themselves an 88pc pay rise
Indonesia’s 560 MPs have voted to give themselves a pay rise of 88 per cent: nearly $13,000 a month in a country where millions live on as little as $2 a day.
— The Australian