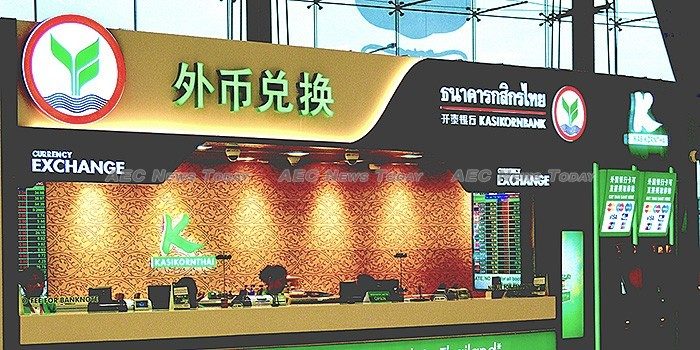 Thai business owners and visitors in Cambodia were left scrambling at the end of last week and over the weekend when access to Thailand’s fourth largest bank, Kasikornbank (KBank), was blocked for users of two of the countries largest internet service providers.

The problems first started to emerge on Thursday and continued through the weekend, with support staff from all parties involved — KBank, Digi, and Cellcard — each maintaining that there was nothing wrong with their respective services.

Coming at the end of the week the blockage prevented KBank customers in Cambodia from paying suppliers and honouring agreements with all attempts to access KBank’s various website presences returning a nondescript ‘time-out’ error.

When KBank eventually responded to inquiries from AEC News Today its advice was to ‘try a different browser’. After screen shots were supplied from three different browsers KBank advised that it had subsequently tested and verified its website was working normally, offering by way of an explanation that the fault may be ‘the stability of internet signals or using our website in the country which blocks website from overseas’.

Digi technical support also denied that there was any problem with its network, while Cellcard’s customer service promised that a representative would be back in touch, only to thereafter ignore any additional messages regarding the blockage.

Tests conducted by AEC News Today found that the KBank website could be accessed from servers in a number of countries when using a virtual private network (VPN), including from as far afield as Australia, Brazil, Greece, Lithuania, and Ukraine, as well as from those located in neighbouring Asean countries such as Vietnam, Indonesia, Malaysia, and Singapore. Access from Cambodia was also possible using services provided by Opennet, and Smart Axiata.

Despite presenting evidence of our findings to KBank and Digi, both parties maintained that there was nothing wrong with either the KBank website, or Digi’s internet connection.

According to the Thai Business Council in Cambodia (TBCC) there are some 150 Thai businesses operating in Cambodia. With KBank being Thailand’s fourth largest bank the potential for internet traffic blocking to significantly impact many people is not inconsiderable.

Representatives from KBank, Digi, and Cellcard did not respond to requests for comment prior to publication.

For Digi customers the blockage/ fault was cleared sometime on Sunday morning, but as of Monday morning Cellcard customers could still not access any of the KBank domains.

Shortly after the update at 17:45 yesterday a Kbank representative advised that the issue had been resolved. The spokesperson emphatically denied that KBank block internet access to its website from anywhere in the world.

A short time later a Digi representative also informed AEC News Today that the blockage had been rectified, though could shed no information as to what the cause was. Cellcard is yet to communicate.

Neither Digi nor Cellcard have explained why their customers were blocked from accessing the KBank website.