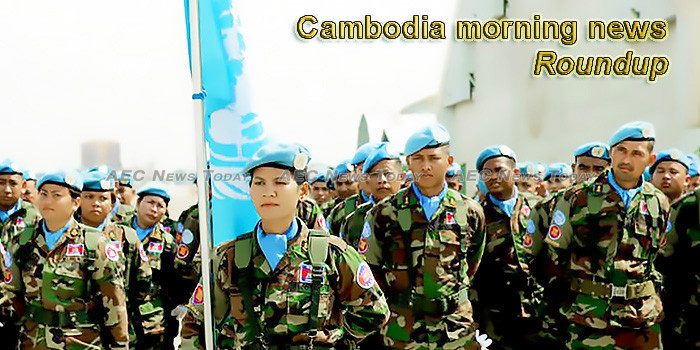 Kong Vibol: We might show leniency in retroactive tax haul
In response to allegations that the private sector in Cambodia is being unfairly treated on backdated taxes, the General Department of Taxation said yesterday it might show some leniency on the issue.
— Khmer Times

The Cambodian palm sugar farmers doing it greener and cleaner
A social enterprise in Cambodia is employing new techniques to help farmers make palm sugar in a more environmentally friendly and safe way, as well as getting them more bang for their buck
— SoutheastAsia Globe

Hun Sen Seeks to Ease Rising Anti-Chinese Sentiment in Cambodia
Large numbers of Chinese workers have come to Cambodia to work on projects as China has strengthened its diplomatic and military ties with Beijing which has provided numerous grants and large military aid packages to Cambodia.
— VOA Cambodia

Facing deportation, Cambodian refugee who killed as 14-year-old seeks pardon
By his own account, Borey Ai was a 14-year-old gangster when he killed a woman during a robbery that netted about $300.
— NBC News

National budget to be discussed today
The Cabinet of Ministers will today deliberate the allocation of 2019’s national budget, which is to be approximately $6.44 billion, a seven percent increase when compared to this year’s.
— Khmer Times

JICA continues to aid the Kingdom
The Japan International Cooperation Agency (JICA) will provide Cambodia a $30 million grant for the fourth phase of a flood protection project and canal and sewer system improvements in Phnom Penh.
— Phnom Penh Post

UK pledges $9 million for demining
The United Kingdom will provide more than $9 million in aid from this year to 2020 for demining operations to clear unexploded ordnance in Cambodia, UK Ambassador to Cambodia Tina Redshaw said on Wednesday.
— Khmer Times

No more stupas along riverbank: Pagoda
The Kdey Takoy pagoda committee yesterday announced that it will no longer allow the placement of new stupas along the Mekong river following the collapse of a riverbank last week that damaged a number of stupas.
— Khmer Times

Forum sheds light on rising RMB usage
The Chinese yuan is being used more extensively in dealings between Cambodian and Chinese firms to the detriment of the United States dollar, according to the Cambodian Central Bank.
— Khmer Times

Cambodia’s Coming AI Revolution
October 20 saw the launch of KOOMPI, a Cambodian “home-grown” laptop, at BarCamp ASEAN 2018, the annual regional expo for tech start-ups. The laptop is distinctive for running entirely on Open Source platforms so that production costs are kept low and the device is affordable, and so that owners without a background in computing can “hack” the platforms and become “super-users.”
— The Diplomat

Police officer guilty of fraud
Phnom Penh Municipal Court yesterday convicted a senior police officer in absentia to 18 months in jail for cheating a soldier out of $4,000 by promising he would get him a job.
— Khmer Times

Governor faces jail sentence for ‘infringement’
Anlong Veng district governor Hor Chin Virakyuth faces a jail sentence of between six and 24 months and a fine of between 1.5 and 25 million riel ($375-$6,250) if found guilty on charges of “infringement against ownership”.
— Phnom Penh Post

What modern cities can learn from ancient Angkor’s climate catastrophe
The lost city of Angkor, once a thriving metropolis, fell into ruin at the turn of the 14th century. Researchers now believe they know why the city was eventually abandoned – and warn that modern-day cities could fall victim to the same fate
— Southeast Asia Globe