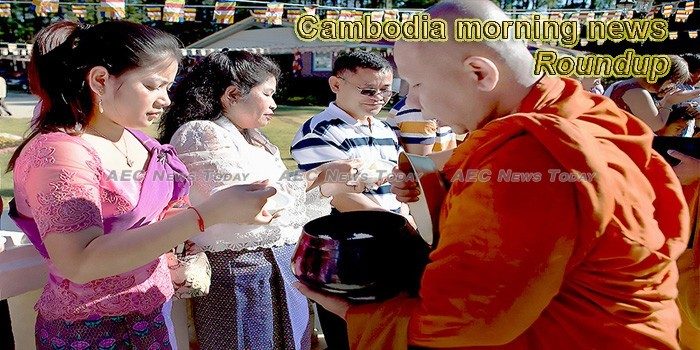 Cambodia Airways enters Taiwan market with Siem Reap-Taipei service
CAPA publishes more than 400 global News Briefs every weekday, covering all aspects of the aviation and travel industry. It’s the most comprehensive source of market intelligence in the world, with around 50 per cent of content translated from non-English sources. The breadth of our coverage means you won’t need any other news sources to monitor competitors and stay informed about the latest developments in the wider aviation sector.
— CAPA

Smartphones help to save forest in Cambodia
University of Copenhagen, Danmission, the IT company Web Essentials and local peacebuilding organizations in Cambodia have developed an app for smartphones that helps protecting the forest.
— ScandAsia

Food Security be Dammed: Cambodia Trades Fish for Energy
The Lower Sesan 2 Dam (“LS2”, or “the dam”), located 26 kilometres east of the Sesan-Mekong River confluence in Stung Treng province, began electricity generation in November 2017. It is scheduled to be fully operational in October 2018.
— Future Directions

Little Khmer Kitchen Is Coming to Central Market Arcade
Sreymom “Mom” Lund is a familiar face around the Central Market. She worked at the Asian Green Grocer before scoring a job shuffling pans in the Jamface kitchen. Lund had no cooking experience before then, but her former boss saw her potential and recommended her to Poh Ling Yeow. “Whenever I tried to sell vegetables I spent too much time telling people how to cook the vegetables,” Lund says with a laugh.
— Broadsheet

Trafficked brides heading for China
The practice of “pulling wife”, bride kidnapping or marriage by capture is an old tradition among the rural Vietnamese. According to old custom, young girls are symbolically kidnapped and detained for two to three days by young boys, sometimes in collaboration with his family, to force a marriage negotiation with the girls’ parents.
— The Asean Post

Malaysia morning news for May 18