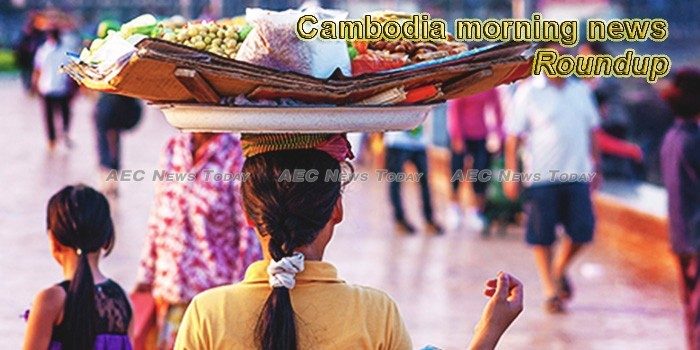 More Than 1,000 Families in Cambodia Suffer After Flooding of Mekong River Tributary
More than 1,000 families in northeast Cambodia’s Stung Treng province are facing extreme difficulties after heavy rainfall led a tributary of the Mekong River to flood their commune for the third time in a month, according to residents, who said a controversial hydropower dam was to blame.
— Radio Free Asia

Asean-China expo to boost demand for Cambodian agricultural goods
Cambodia will use the upcoming Asean-China trade fair to promote the country’s main agricultural products in the Chinese market and boost trade with the East Asian giant, a local official said.
— Khmer Times

Cambodian Government, Villagers Welcome Lao Initiative To Slow Down on Dam Projects
On July 23, a saddle dam in the large-scale Xe-Pian Xe-Namnoy hydropower project in southern Laos burst its walls and flooded a vast swath of land in Attapeu province.
— VOA Cambodia

Finding a Way Forward for Cambodia After Sham Elections
Hun Sen’s bogus election held on July 29 throws down the gauntlet to the international community to prove that democracy is possible in Cambodia.
— The Diplomat

Sun continues to rise for Japan investments in the Kingdom
The number of Japanese firms registered with the Japanese Business Association of Cambodia (JBAC) has nearly tripled within the last seven years, according to a recent report.
— The Phnom Penh Post

PM Hun Sen Urges Politicians to Clearly Distinguish between “Designate” and “Appoint” (Video inside)
Prime Minister Hun Sen urged all politicians, journalists, especially the oppositions, to clearly differentiate the word “designate” and “appoint”, addressing to the representatives of the 16 political parties at the forum held at the Peace Palace on Tuesday morning.
— Fresh News (video)